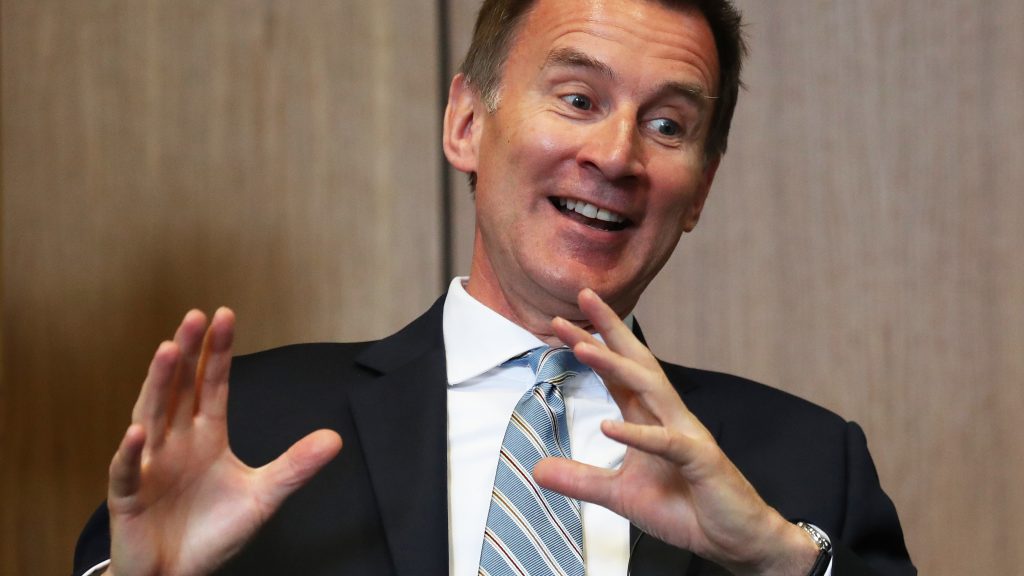 Tory leadership hopeful Jeremy Hunt has told broadcasters to “grow up” and refrain from pronouncing his surname using its rhyming expletive.

The Foreign Secretary’s name has been mistakenly replaced with the c-word by journalists on both television and radio on numerous occasions.

In an interview with the Telegraph on their Brexit podcast, he said he was often called “Jeremy C***” at school.

“I’m used to it. I had this when I was at school. Personally I think people should just grow up and get over the fact that my last name rhymes with a rather unpleasant word,” he said.

She issued a swift apology on air, saying: “I’ve never said that before in my life. It’s normally men who say that so I really, really want to apologise.”

It occurred during a four-way debate over who should take over the leadership of the Conservative party.

However, her mistake comes after presenters on Sky News, Channel 4, Channel 5 and the BBC have all fallen foul to the error.