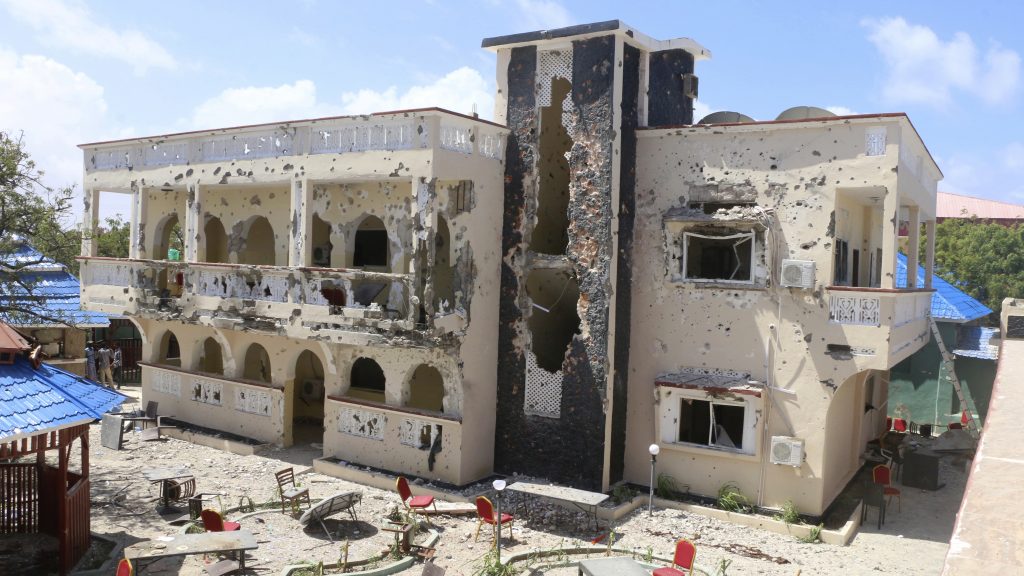 A Briton is reported to be among those killed in an all-night siege on a hotel in Somalia.

At least four al-Shabab assailants attacked the Asasey Hotel in the southern port city of Kismayo leaving more than 25 people dead, including one Briton, according to the Associated Press.

The attack began with a suicide car bomb at the entrance gate and was followed by an assault by gunmen who stormed the hotel.

A local police officer told AP the attack lasted more than 14 hours before troops shot dead all attackers inside the hotel compound.

The British Foreign Office said: “We are in touch with the local Somalia authorities and seeking more information following an explosion in Kismayo.”