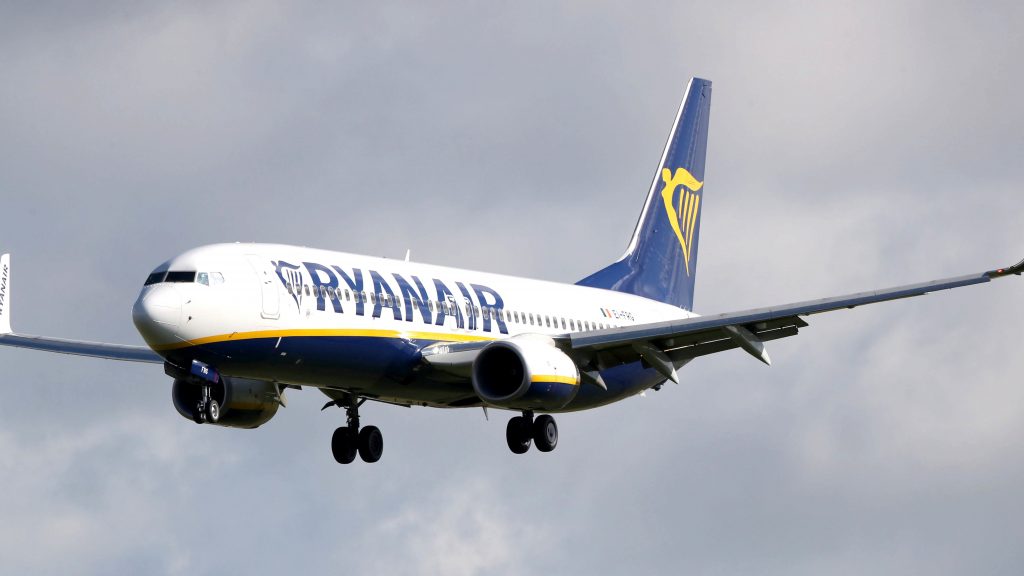 Ryanair’s Irish pilots have voted in favour of industrial action in a row over pay.

Pilots’ union Forsa said 94% of its members who took part in the vote chose to back a strike.

Only pilots directly employed by Ryanair took part in the ballot, those on agency contracts were not eligible to vote.

But it is predicted that any industrial action will cause huge disruption during the busy summer holiday period.

No dates have been set for a strike and Forsa must give Ryanair at least one week’s notice before any walkout.

Forsa said it will write to Ryanair to outline its plans next week, unless the airline agrees to its pay proposals by Monday.

Forsa assistant general secretary Ian McDonnell said: “Ryanair’s directly-employed Irish-based pilots are simply seeking pay levels that are common and competitive in the commercial airline sector, from a company that made a more-than-healthy profit of 1 billion euro last year.

“They feel they have been forced into contemplating potentially-disruptive industrial action by a company that seems either unwilling or unable to negotiate in a professional and constructive manner.

“At this stage, only a substantive counter-proposal which properly addresses all areas of our claim will be enough to prevent us serving notice of industrial action next week.”

Ryanair and Forsa have been engaged in a mediation process under Kieran Mulvey since summer 2018, when strike action was last undertaken.

Agreements on promotions, transfers, seniority and pay increases of up to 20% for some Irish pilots have been delivered through the ongoing mediation.

Ryanair said on Friday that Forsa has no mandate to call strike action due to the number of pilots who took part in the ballot.

The airline said in a statement: “Ryanair is disappointed that the pilots’ union Forsa is threatening to disrupt customers’ travel plans during August when its ballot has the support of less than 25% of Ryanair’s Irish pilots.

“This Forsa threat of industrial action has no mandate from Ryanair pilots, and is ill-timed just 10 weeks before a hard Brexit, while Ryanair is in the process of letting excess pilots go due to the Boeing Max delivery delays.

“Forsa should continue in mediation and avoid threatening unnecessary disruptions to customers’ holidays and travel plans.”

Ryanair urged Forsa to explain why it is announcing industrial action while still in a mediation process.

It claims its pilots earn 20% more than those in comparable 737 airlines like Norwegian.

Ryanair said pay deals already agreed with Forsa have delivered pay increases of up to 20% at a time when its profits are falling due to higher fuel and payroll costs, with senior captains now earning more than 200,000 euro a year for working a rota pattern of five days on, four days off.

The Irish Travel Agents Association (ITAA) has called for a resolution, claiming travel agents are often on the front line when strikes, cancellations and other disruptions occur.

John Spollen, President of the ITAA, said: “The ITAA is urging Ryanair and unions to reach a resolution and avoid any disruptive strike action.

“We are wary that any pilot strike in August will cause serious impact for both holidaymakers and corporate travellers, as we are still in the busiest travel period of the year, with knock on effects on accommodation and connecting travel.”