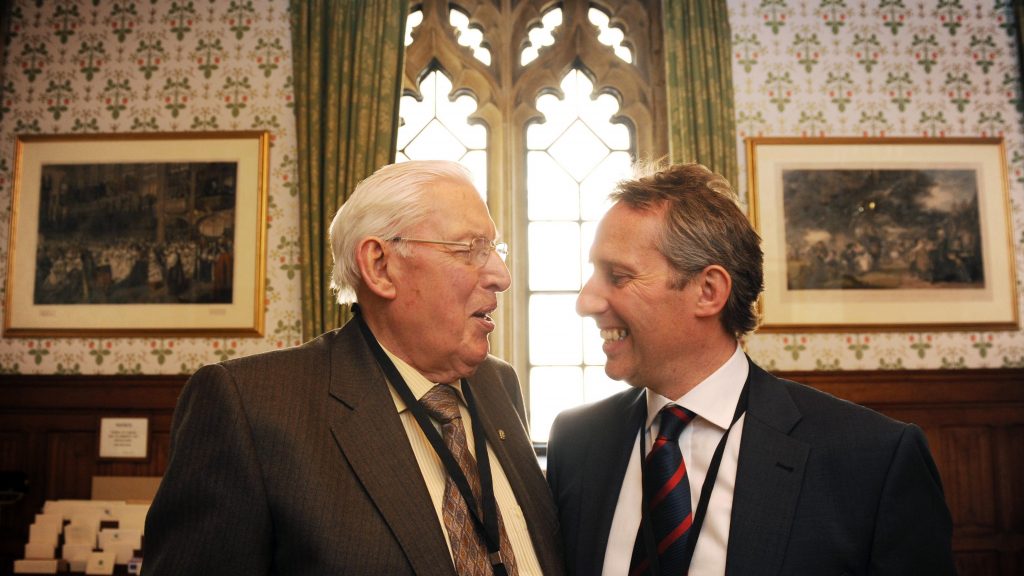 Ian Paisley has slammed a claim that his father funded a UVF bomb as “complete and total poppycock”.

A BBC Northern Ireland Spotlight programme is set to broadcast the claim by former army officer David Hancock next Tuesday.

In the programme, Mr Hancock, claims a police officer had shown him “evidence” that the Reverend Ian Paisley “had supplied the money which financed the explosion” on the Silent Valley reservoir, which was the main water supply for Belfast.

The blast was one of a series carried out by Loyalists between March and April 1969 targeting water and electricity installations.

Rev Paisley was in prison at the time of the Silent Valley bomb on April 21, 1969, for organising an illegal counter-demonstration.

The firebrand preacher who went on to become Northern Ireland’s first minister, and later Lord Bannside, died in 2014.

Throughout his life, he consistently and strongly denied any link with any paramilitary group during his life.

His son, DUP MP Mr Paisley, told BBC Radio Ulster’s Nolan Show that there is “absolutely no truth” in the allegation, and slammed it as a “filthy story designed to try and impugn the reputation of a dead man”.

He also criticised the BBC for not approaching the family about the claim.

“The thing that is probably most hurtful and disgusting and filthy about this particular story is the BBC, the Spotlight team, has planned to broadcast this on the fifth anniversary of my dad’s death,” he added.

A BBC spokesperson responded to Mr Paisley’s comments: “The BBC has complete confidence in the editorial integrity of the programme. As no allegations were made against the wider Paisley family it was not necessary to offer them a right to reply.”

The Spotlight programme also shines new light on the late Martin McGuinness’ involvement with the IRA.

Mr McGuinness, who became deputy first minister, admitted to being a member of the IRA while giving evidence to the Bloody Sunday Inquiry.

The programme shows archive footage of the IRA assembling a car bomb in Derry.

The vehicle was used in an attack on Shipquay Street in the centre of Derry in 1972.

Footage is also shown of Mr McGuinness sitting in a car showing a gun to children.

Sinn Féin vice president Michelle O’Neill wrote on Twitter on Friday morning that she is “immensely proud” of Mr McGuinness for “his contribution to our struggle and our society”.

“Martin was a champion of equality, justice and peace,” she tweeted.

“A dear friend and inspirational leader. I remember Martin with utmost pride.”