John McDonnell: No deals with SNP over independence referendum - Canary 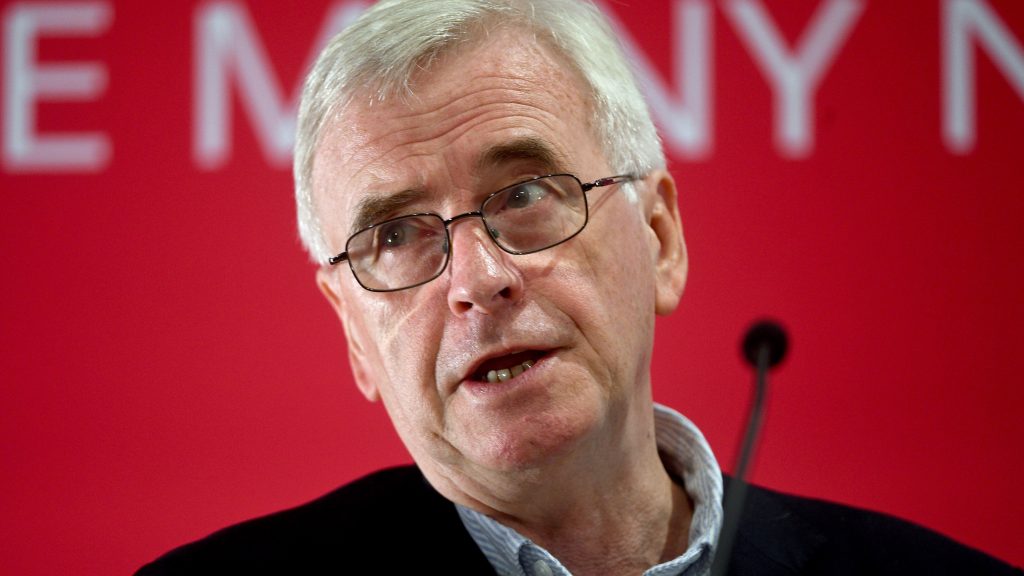 Shadow chancellor John McDonnell has ruled out making deals with the SNP over a second independence referendum in exchange for supporting a Labour government.

Mr McDonnell was asked about his comments at the Edinburgh Festival Fringe that Labour would not block a second Scottish independence referendum and insisted “there are no deals whatsoever” with the SNP.

While standing by his comments about the Scottish people’s right to decide, Mr McDonnell said that there would not be another vote “in the early years of a Labour government”.

At the Edinburgh festival last month, Mr McDonnell claimed Labour would not stand in the way of another referendum in Scotland, describing the Scottish Parliament’s right to decide as “democracy” – contradicting the Scottish Labour Party’s position.

Speaking on The Andrew Marr Show on Sunday morning, Mr McDonnell said that it was still his opinion but added: “That’s not a deal, that’s my personal view that I’ve expressed.

“That’s not doing a deal, that’s my position, but we’re not doing deals with anyone.

“When we go into the next general election, I believe we will have a majority, but if we are in a minority, we will be a minority government, we won’t do coalitions, we will expect [other parties] to support the party.

“If we’re in a minority position, we’ll form a government and the other opposition parties can vote for the policies we’re advocating and if they don’t, we’ll go back to the people.”

Under section 30 of the Scotland Act, Holyrood could only hold one if it is given the power to do so by the UK Government.

Asked whether he would try to prevent another independence vote if in government, he added: “I said then [in Edinburgh], I don’t think it’s up to the UK Parliament to block a referendum.

“I don’t think there should be another referendum, I think Scotland should stay united within the United Kingdom.

“It would not be a priority for us, we’ve got enough to deal with, with climate change, austerity, etc.

“Certainly it wouldn’t be in the early years of a Labour government and there would have to be a proper mandate in Scotland – the Scottish people would have to decide themselves.”