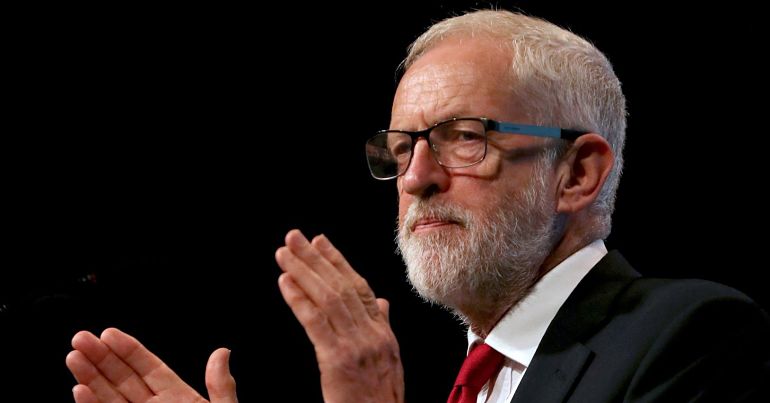 Labour leader Jeremy Corbyn has said he and opposition parties are determined to do all they can to prevent a damaging “no-deal crash out” from the European Union.

Mr Corbyn said that if the UK does leave with no-deal he is determined to hold the government to account to answer for their “irresponsible behaviour” over the last few days.

Prime Minister Boris Johnson is legally bound to ask Brussels for an extension to Article 50 if he cannot get MPs to back a deal by October 19 after Parliament approved legislation designed to prevent a no-deal, but has said he would rather be “dead in a ditch” than ask for a delay.

This week he was forced to deny lying to the Queen in order to secure his five-week suspension to Parliament as the Halloween departure deadline looms.

Mr Corbyn said: “Opposition parties have worked very closely on this. We will do all we can to prevent that no-deal crash-out because of all the damage that will do to jobs, living standards, supply chains, food supplies and medicine supplies, and if it happens we’re absolutely determined to bring this government to account to make them answer for their irresponsible behaviour over the last few days.

“I personally, and my party, will have no truck with this sweetheart trade deal with the USA which would lead to intervention by American companies into our health service, into our public services.”

The Labour leader was addressing workers and trade unionists at a rally following the Fighting For Our Future march in Kirkcaldy, Fife, on Saturday.

The area has recently suffered job losses at furniture makers Havelock, seen disputes over pay at whisky firm Diageo and suffered a lack of work at the Bifab fabrication yards in Methil and Burntisland.

The mothballed yards are hoping to secure work on a £2 billion Scottish offshore wind project off the Fife coast, although it is feared most of the work will go to yards overseas.

There are fears that French-owned electric utility company EDF plans to ship work in fabricating wind turbine jackets abroad to Indonesia instead of building them in Fife yards which are 10 miles from the site of a proposed Neart na Gaoithe (NnG) Offshore Wind Farm which will host the turbines.

Mr Corbyn said he supported the campaign for local jobs and called for a “green industrial revolution” as a way forward for the future.

He said: “Allocation of work is a very important issue indeed. It really is not credible to say that it’s the right thing to do to build facilities that will be used for the generation of electricity on wind farms in the vicinity, almost in sight of the coast, and you’re dragging the manufactured parts to make those wind turbines 8,000 miles by sea with steel that’s probably come from 10,000 miles away.

EDF said it is currently in a structured procurement process which starts with tier one contractors who will deliver large sub packages of the NnG project.

It said that no Scottish company currently has the capability to manufacture and supply all the steel work for the NnG project, but said it is working closely with its tier one preferred suppliers to encourage them to use Scottish suppliers for tier two work packages, such as the manufacturing of some of the jackets for the turbine foundations and the manufacturing of towers.

EDF said: “It is essential whichever supplier is chosen that they are competitive so UK energy consumers are not overpaying for their energy.”