Loughgall inquest could take up to six months to complete, coroner told - The Canary 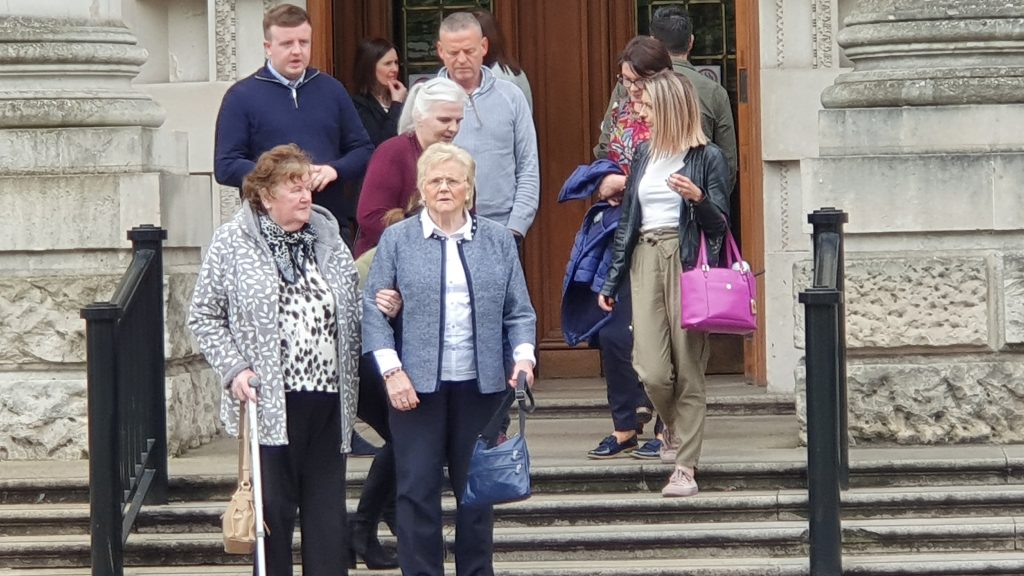 A fresh inquest into the deaths of eight IRA men and a civilian shot dead by soldiers at Co Armagh in 1987 could take six months to complete.

The case is one of dozens that are the subject of a series of preliminary hearings over three weeks at the Royal Courts of Justice in Belfast.

The Department of Justice plans to release £55 million over six years to deal with 52 legacy inquests involving 93 deaths.

On Wednesday, submissions were made over the state of readiness of the case around the killings at Loughgall on May 8, 1987.

Nine men were shot by the SAS as an IRA unit had been preparing to carry out an attack on a police station.

Eight had been among the IRA unit, while civilian Anthony Hughes, who was travelling through the village in a car, was also shot.

An inquest previously took place into the killings in 1995.

Hugh Southey QC, acting for the Loughgall families, pressed that the case be one of the earliest heard, telling Belfast Coroner’s Court that due to an ongoing civil case, much of the material had already been gathered.

Mrs Justice Keegan responded: “I have a tranche of cases and I obviously can’t deal with them all immediately, so I am trying to work out a system. Every family that has come in front of me wants to get their case on, it’s common to everybody, I am sympathetic and I understand it.

“But your case is slightly different because of two factors, discovery seems to be well under way in related civil proceedings, and number two some decision has to be made about how the sensitive material is managed and what the right form is which will involve a legal debate.”

Counsel for the Ministry of Defence (MoD) Peter Coll QC said following discussion, it has been estimated the inquest could take between three to six months to hear.

Speaking outside court, Mairead Kelly, whose brother Patrick was one of eight IRA men killed, urged Mrs Justice Keegan to rule that the new inquest is ready to commence immediately, stating the families have been waiting for a public airing of what happened for 32 years.

The UVF murder of Catholic couple Charles and Teresa Fox at their home near Moy, Co Tyrone, in September 6, 1992 was the second of the six cases mentioned on Wednesday.

Next was the killing of Thomas Mills, who was shot dead by the IRA in west Belfast on July 18, 1972.

Mrs Justice Keegan will consider a number of factors in timetabling the inquests, including the availability of outstanding documents from the PSNI and MoD, as well as parallel civil court proceedings and Police Ombudsman investigations.

She sounded a warning to the MoD and PSNI to ensure there are no delays in retrieving material, warning that lessons should have been learned from the ongoing inquest into the killing of 10 people across three days at Ballymurphy.

“I am not going to have delays… it is not helpful to anybody not least the families or the court,” she said.

“That message should go out.”

The series of preliminary hearings will continue to October 4.