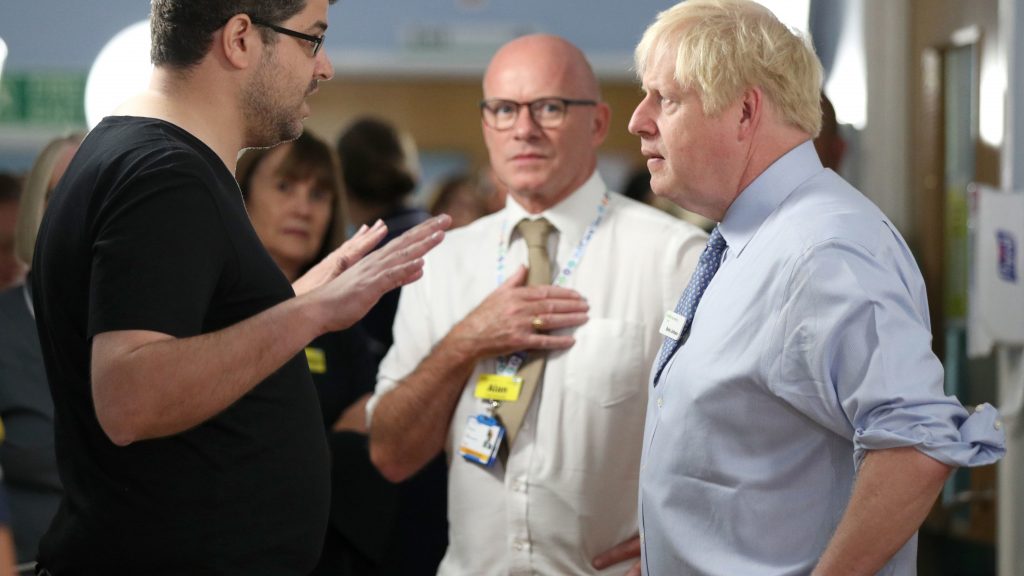 A father who confronted Boris Johnson over the state of the NHS when the Prime Minister made a visit to a hospital has said that his daughter is doing better.

Omar Salem took the Prime Minister to task during a visit to a children’s ward at Whipps Cross University Hospital, where his seven-day-old daughter was being treated.

Mr Salem claimed there were not enough doctors and nurses as he complained to the PM.

In a conversation lasting around two minutes, Mr Salem said the situation was “not acceptable”.

Mr Johnson was visiting Whipps Cross University Hospital in north-east London when he was challenged by Mr Salem on a children’s ward.

“The NHS has been destroyed… and now you come here for a press opportunity.”

The Prime Minister explained he was “here to find out” about the situation but the man said: “It’s a bit late, isn’t it? Years and years and years of the NHS being destroyed.”

Mr Salem tweeted on Saturday: “Our daughter is very much better, which is a great relief.

“Thank you to the ambulance/A&E staff and the ward staff who cared for her over the last few days.

“She will be in hospital for a while longer for precautionary reasons. Thank you for all the messages of love & support.”