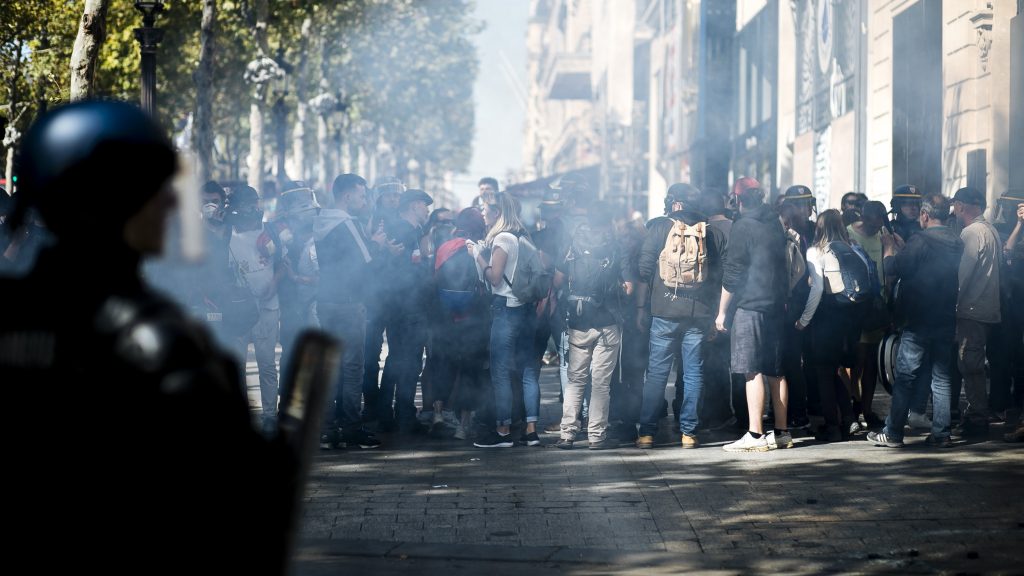 The French capital was placed under high security as a few hundred anti-government demonstrators protesting against perceived economic injustice and French President Emmanuel Macron started marching in the streets.

Police in riot gear were moving quickly to disperse small crowds of protesters, using tear gas on and around the Champs-Elysees avenue, Saint-Lazare train station and Madeleine plaza — areas where protests have been banned this weekend.

Most demonstrators did not wear the fluorescent vests that gave the movement its name.

Paris police said at least 39 people have been arrested and 596 security controls have been implemented.

Authorities have deployed more than 7,000 police and banned protests in a large central area including the presidential palace, government and parliament buildings, the Champs-Elysees, the Eiffel Tower and Notre Dame Cathedral.

Several calls for demonstrations have been issued in the French capital by yellow vest supporters, environmental activists and a far-left workers union. France’s annual heritage weekend, a very popular event with many cultural sites open to the public, is also taking place.

The yellow vest movement that emerged 10 months ago petered out this summer.

Climate activists are demonstrating on Saturday afternoon in Paris to demand more action from the government and companies to reduce emissions and save the burning Amazon rainforest and the melting Arctic.

The hard-left Workers Force union is also holding a separate march against the retirement reform, amid concerns it will require people to work longer and reduce pensions.