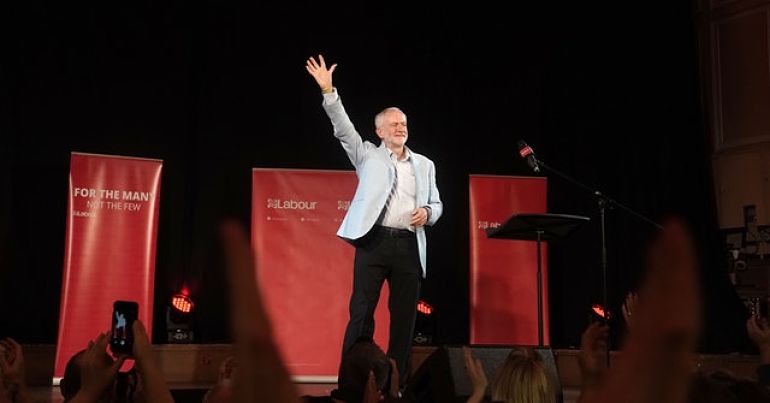 Jeremy Corbyn has vowed to restore “dignity to people’s lives” by scrapping Universal Credit, during a pre-election rally which roused his loyal supporters.

Speaking in front of 2,000 people in Newcastle, he said Labour would restore the social security system and replace the current controversial benefits scheme – which he said was “cruel and unfair”.

He also outlined plans to make football more democratic, with more funds from the Premier League elite being used to support the grass roots level of the game.

In a speech which won a standing ovation at the end, the Labour leader said: “We will end Universal Credit and reintroduce the system of social security.

“I want decency in our society.

“I want to support people in our society and recognise the rise in stress, in foodbanks and rough-sleeping and evictions from the private rented sector are often associated with the way Universal Credit operates.

“It is cruel, unfair and unjust and it is going to be a Labour government that restores dignity to people’s lives.”

Mr Corbyn also addressed the Newcastle United fans in the City Hall venue, and said that many would be unhappy with the way the club was run.

He said: “I will be meeting some of the supporters later on about the way to bring democracy into football and the way a Labour government will make the Premier League pay money for grass roots football, and the way fans will be empowered.

“Football shouldn’t be a business, football is our lives, our community and it is the place people go to socialise and enjoy each other’s company.

“Let’s take the beautiful game away from the billionaires and hand it to the fans instead.”

He told supporters he has already visited 88 of the 95 marginal seats his party needs to win an election – and he will visit them all, saying there was only a “short time” before the country goes to the polls.