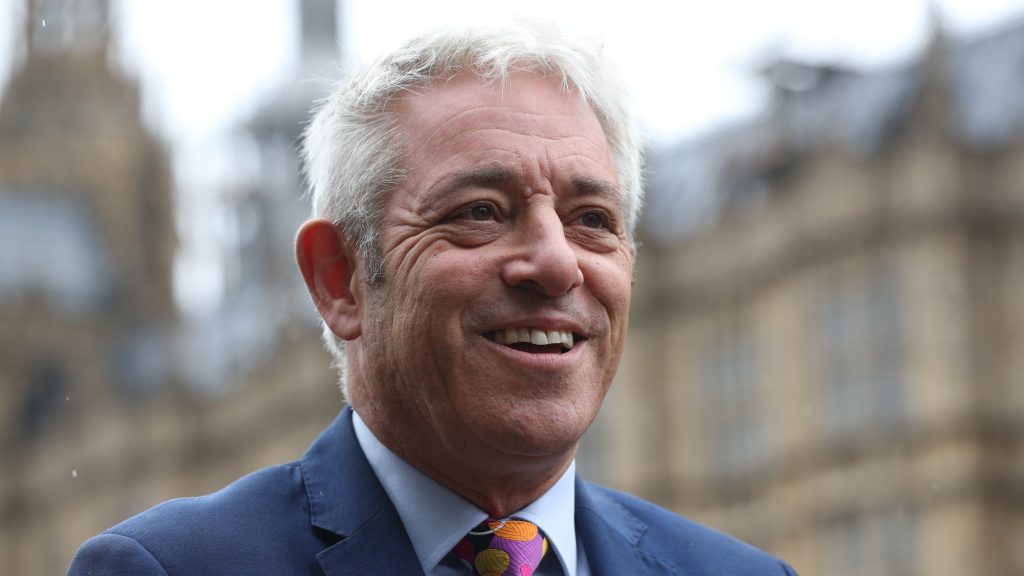 Suggestions that Commons Speaker John Bercow could become caretaker-prime minister in a government of national unity have been dismissed as “fantasy football” by Shami Chakrabarti.

The shadow attorney general said stopping a no-deal Brexit has to be the priority, and insisted there are no loopholes in the Benn Act, which is designed to avert such a scenario.

However, she warned that MPs will need to be able to properly scrutinise any deal Prime Minister Boris Johnson proposes.

Asked by Andrew Marr on the BBC about Mr Bercow becoming a caretaker-leader, she said: “If I may say so, we are now getting into almost fantasy football. I think it’s unlikely, I really, really do.”

She said once the Benn Act has been complied with, there should be a general election, “certainly this side of Christmas”.

Brexit Secretary Steve Barclay told Marr: “Getting Brexit done is the best way to get national unity in this country.”

Baroness Chakrabarti, however, questioned how Brexit can be achieved in compliance with the law, and warned that the Prime Minister speaks with a “forked tongue” on whether he intends to ask the EU for a Brexit extension.

She said the Benn Act was drafted carefully, and that Mr Johnson will not be able to lawfully take the UK out of the EU without a deal, or without Parliament’s approval.

“The letter has been drafted and attached to the Act to the European Union asking for more time.”

She added: “He seems to have a very casual relationship with the law. He seems to think he is above the law.

“As the Supreme Court showed us a few weeks ago, he is not. No-one is above the law, even a British Prime Minister.”

She said it is important to see what a Boris Johnson deal might look like, and that Parliament must be able to scrutinise his proposals. She said his current proposals “cannot get through”.

She said, however, that if a deal was approved by Dublin and Brussels, it would be something that would be “more likely” to pass Labour’s tests.