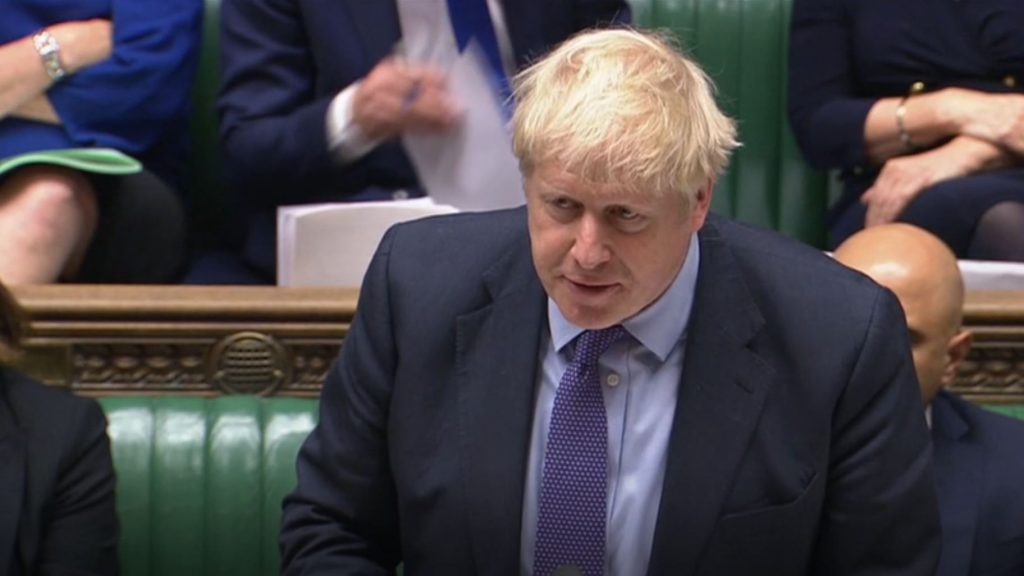 Boris Johnson has announced in parliament that he will seek a December general election. He claimed that parliamentary support for a vote on 12 December would give MPs more time to go through Brexit legislation.

This comes amid signs that the EU is set to grant a fresh Brexit delay until the end of January after Johnson was forced – under the terms of the Benn Act – to request a further extension. He has said that, if that happened, he would abandon his attempts to get his Brexit deal through parliament and go for an election instead.

Under the Fixed-Term Parliaments Act (FTPA), however, Johnson needs a two-thirds “super majority” of MPs to be able to go the country.

UK PM Boris Johnson says if Parliament "genuinely want more time to study" his new Brexit deal, "they can have it, but they have to agree to a general election on December 12" https://t.co/pLnhpdlRlm pic.twitter.com/6UldqFjCrM

Johnson’s two previous attempts to get an election have been blocked because Labour has refused to support him. Earlier, shadow chancellor John McDonnell refused to be drawn on what his party would do if Johnson made a third attempt. “We will see what happens. We are trying to take this in stages. We will confront that hurdle when we see it,” he told reporters at Westminster.

With the EU expected to formally announce its decision on an extension of Friday, the cabinet has met in political session to discuss its next move. If ministers do indeed table a motion under the FTPA on Monday, this could pave the way – if it is passed – for the first December election since 1923.

McDonnell acknowledged there was “a difference of views” within the Labour Party on this issue, but added: “Once an election is in the offing people usually rally together.” Indeed, numerous Labour supporters responded to Johnson’s announcement by saying “bring it on”:

If the motion passes, we'll have the chance to positively transform this country for the many!

We say: bring it on!

It's clear that an election is being officially called for by Boris Johnson this evening.

The fight for the nation's soul is about to begin: it's time to unite to end Tory rule, end austerity, scrap tuition fees, build a new Britain, and get a People's Vote.

Boris Johnson is tabling a motion to hold a General Election 49 days from today. We have 49 days to convince voters that the cold, sick, frail, poor, hungry & homeless matter more than Brexit. If we achieve that, Boris will be defeated. Let's make this a broad based campaign.

If Boris Johnson wants to “take it to the country” in a General Election.

Labour should not hesitate to call his bluff and vote for a General Election.