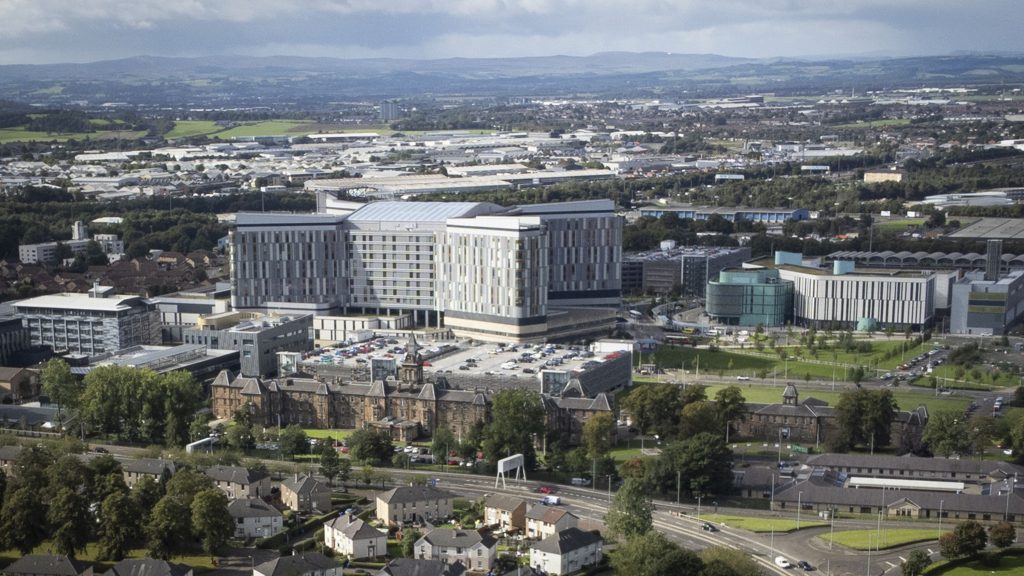 A mother has explained how she believes her daughter, a cancer patient, caught a potentially fatal infection from water in a hospital at the centre of an inquiry. Aneeka Sohrab’s daughter was diagnosed with leukaemia in May 2018 when she was 18 months old and was treated at the Royal Hospital for Children (RHC) and Queen Elizabeth University Hospital (QEUH) in Glasgow between then and November 2020.

The Scottish Hospitals Inquiry (SHI) is investigating the construction of the QEUH campus, which includes the RHC, after issues at the flagship site were linked to the deaths of two children. The inquiry heard that during the course of treatment her daughter had several infections, including sepsis and fungal infections.

Related to the hospital environment

She told the inquiry that a case note review which looked at her daughter’s medical records concluded that at least four of the infections may have been linked to the hospital environment. In November 2020 her daughter contracted pseudomonas but it was not included in the case note review as it was outside the timeframe.

Sohrab was not told the source of the infection but believes it was due to the water as her child became very unwell within an hour of an outpatient appointment at the hospital campus at which she had medicine injected through her port – a device beneath the skin used to give treatments.

Her daughter left the hospital after the appointment but was rushed back and admitted for treatment. Sohrab said a registrar told her the child had pseudomonas, describing it as a “serious infection that could be potentially fatal”.

Victoria Arnott, junior counsel to the inquiry, asked whether she formed her own view about how her daughter acquired the infection. Sohrab, giving evidence in person, replied:

When I Googled it Google has told me it’s a clinical water-based, either water or sand, we haven’t been near sand, the only thing was the clinical environment where water was used was the hospital treatment room that she was injected with Vincristine in.

Within the hour of having that injection in her port, the sealed port, you can’t get anything through that sealed port when it’s sealed over, an hour after it she fell extremely sick.

We trusted the hospital with our children’s lives and I did not expect my child to go in and walk out with a potentially life-threatening bug on one occasion and on other occasions have infections linked to the hospital.

In her written witness statement to the inquiry she said:

Pseudomonas can be contracted from germs that live in soil or water. There’s no soil in that hospital, it must have come from the water.

She said this suggests to her that as late as winter 2020 the water issues still hadn’t been resolved in the hospital. The mother said that her daughter missed chemotherapy treatment because of the infections and she worries about what the impact of this will be.

Sohrab said her daughter was also put on preventative medicine, which she was told was due to water issues, during her treatment and has concerns about what the long-term impact of that will be on her daughter’s health.

The inquiry was ordered after patients at the Glasgow hospital died from infections linked to pigeon droppings and the water supply, and the opening of the Edinburgh site was delayed due to concerns over the ventilation system.

It is also examining the construction of the Royal Hospital for Children and Young People and Department of Clinical Neurosciences (RHCYP/DCN) in Edinburgh.

Earlier this year, an independent review found that the deaths of two children at the QEUH campus were at least in part the result of infections linked to the hospital environment.

The inquiry in Edinburgh, chaired by Lord Brodie, continues. Health boards will be giving evidence at a later stage in the inquiry.