The Canary at Byline Festival - Get your discounted tickets here! - The Canary 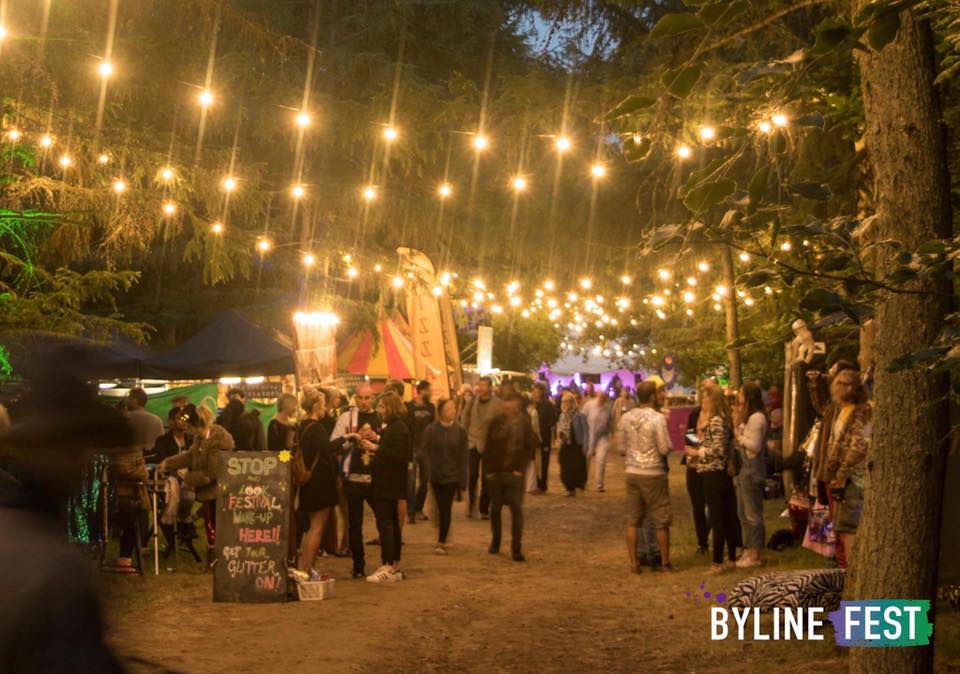 We are proud to announce that The Canary is an official partner of this year’s Byline Festival, an incredible independent media event where the aim is to “think, debate, laugh, dance and change the world”. The festival will take place from Friday 24-27 August 2018, in the magnificent Pippingford Park in East Sussex, just an hour from Central London. As partners, we are offering specially discounted tickets (£65 instead of £120) to all Canary readers.

Byline festival manages to simultaneously provide festival goers an educational and enjoyable experience by completely embracing the need for laughter, fun, talented musicians and just a downright good time at a festival, with the urgency of free journalism and democracy in today’s society.

“A highlight of the festival will be the Bad Press Awards, presented by John Cleese along with Selena Godden, and Hardeep Singh Kohli. In our workshops, people can write a protest song with a well-known punk band, find out how to make podcasts, investigate corruption, learn stand-up comedy and how to riot. We will all dance to over 120 bands including Pussy Riot and Badly Drawn Boy and enjoy spectacular performances such as a circus from New Orleans. There will be rap battles, art wars and ‘The Assembly’, which will meet every day to develop a ‘Bill of Wrongs which will be presented this at the Opening of Parliament. The Assembly will be facilitated by Birgitta Jonsdottir, who led an initiative to crowd-source a constitution for Iceland and Jamie Kelsey-Fry from Occupy. Our foundation will fund young people and students from under-represented and misrepresented communities to come to the festival, to encourage and provide journalism opportunities.”

The three big talk tents will host leading journalists, politicians, experts and activists from around the world who will be tackling some of today’s biggest issues. With over a hundred workshop sessions offering the chance to learn stand-up comedy, write an e-Book or a protest poem, create a podcast, make protest banners and a bill of wrongs or simply relax with our yoga and mindfulness classes there really is something for everyone.

Aiming to inspire and educate multiple generations, Byline is family friendly and has specialised workshops for children such as The House of Fairy Tales, who will be bringing their Media Planet Adventure and News Room to the festival, where children can create daily shows, as well as Outdoor activities including rock climbing with experienced instructors and games in the forest run by our Festival Games Master.

For those looking for something a little more relaxed, Byline offers a peaceful Woodland Spa which will provide spa treatments led by a team of fully qualified local therapists. Or take a wander through to The Gallery in the Trees for a scenic display of photojournalism hanging from branches in the middle of the forest.

London’s legendary media club Frontline Club will recreate its famous bar on-site at Byline Festival, as well as our forest bars, an amazing array of independent food stalls and festival favourites glitter stores and luxury showers for all campers.

You can visit the Byline website for more information about the festival, and Canary readers can buy specially discounted tickets (£65 instead of £120) here.