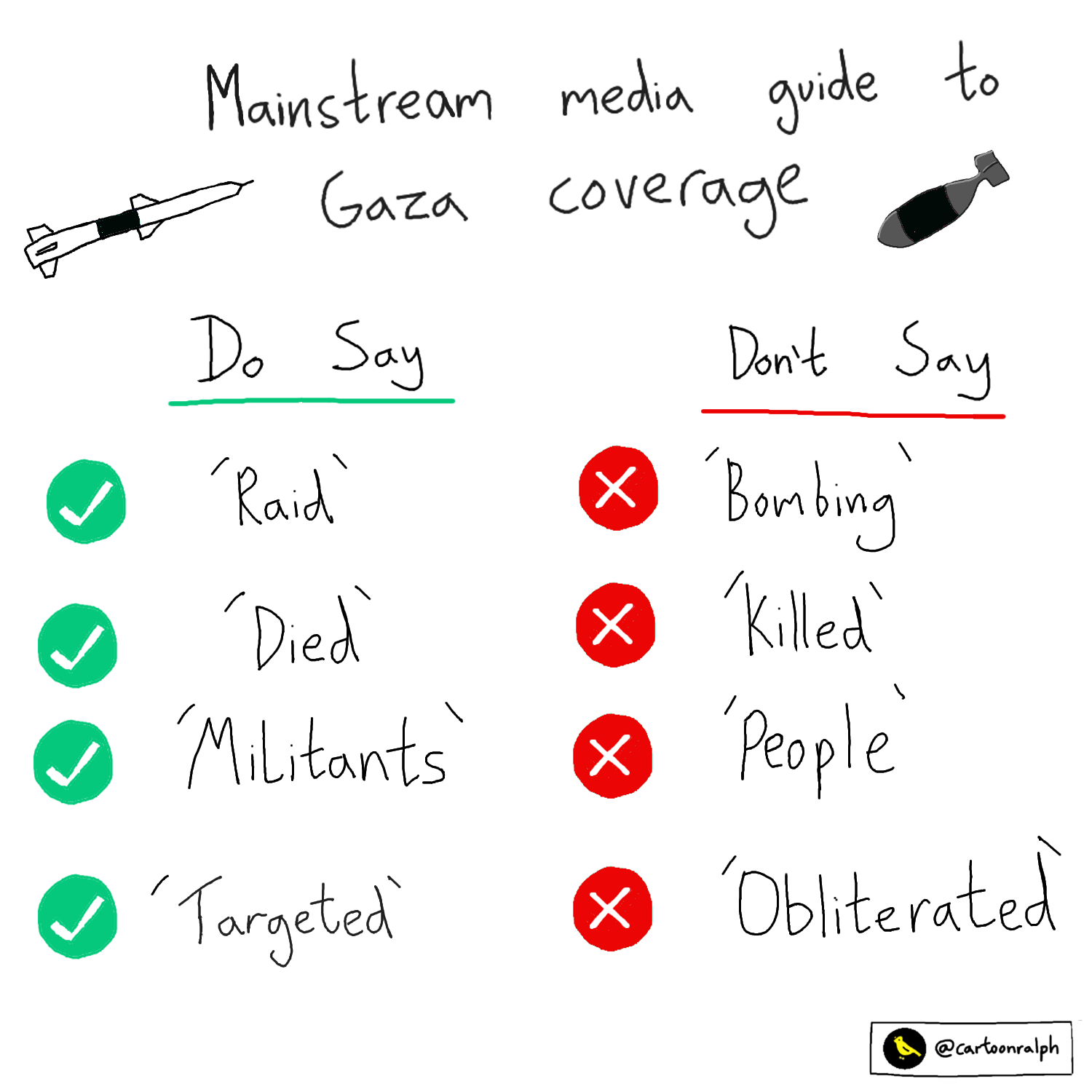 This cartoon begins with the headline “Mainstream media guide to Gaza coverage” and an illustration of a missile and a bomb. Under that headline are two columns. The first is titled “Do Say” with a list of words that have green ticks next to them, the other is titled “Don’t say” with a list of words with red crosses next to them. The list reads are follows: