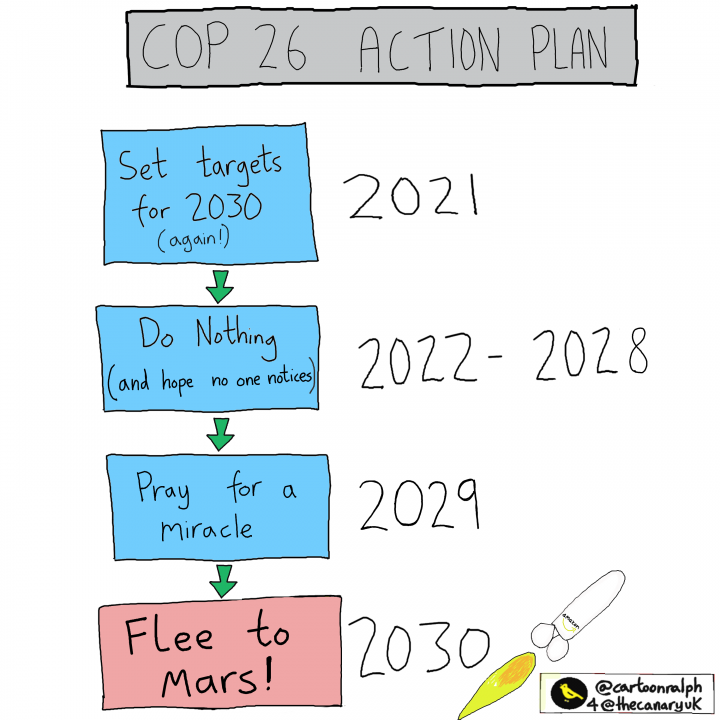 Image description – This cartoon begins with the headline “Cop26 Action Plan”. Underneath that is a flow chart that reads as follows:

Beside that is an illustration of a rocket blasting upwards, emblazoned with the Amazon logo