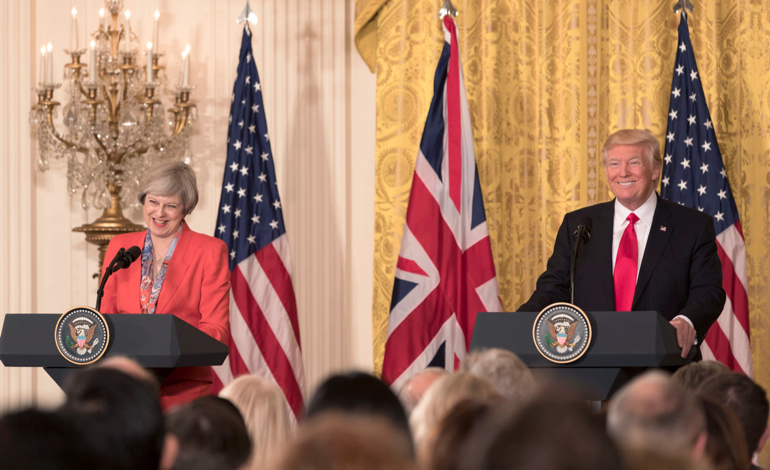 On 12-15 September, the UK is hosting one of the world’s largest arms fairs, Defence Security Equipment International (DSEI). The government has invited 56 countries to trade military weapons, and one of them – the US – has the world’s most powerful military.

This matters for many reasons, including war being one of the main sources of climate change. So as the UK brings the world’s arms dealers together, it is also supporting the destruction of the Earth.

War takes a toll on the environment, in addition to human life. The US National Institutes of Health says there are four key parts of war that damage the environment and human health. They are: producing and testing nuclear weapons; aerial and naval bombardments; land mines; and using and storing toxins and waste.

Former Secretary General of the UN Ban Ki-moon has called the environment “a silent casualty of war and armed conflict”. He said in 2014:

From the contamination of land and the destruction of forests to the plunder of natural resources and the collapse of management systems, the environmental consequences of war are often widespread and devastating.

International law also recognises this impact. The Geneva Conventions of 1949, which say how soldiers and civilians should be treated in war, have a section on the environmental effects of war (Rule 45). It says:

But the International Committee of the Red Cross notes that the US, the UK, and France are “persistent objectors” to parts of the rule.

The UN has also found links between war and environmental destruction. It says that, since 1990, at least 18 violent conflicts have been tied to the exploitation of natural resources. These range from timber, diamonds, gold and oil to fertile land and water.

As Oil Change International has said [pdf p4], there is a “dangerous feedback loop” between climate change and war. Climate change leads to violent conflicts, which then make climate change even worse.

The US military has an especially high environmental impact.

The US Department of Defence is the country’s biggest consumer of fossil fuels. Research from 2007 found that it has similar yearly carbon emissions to Denmark. And that doesn’t even count the emissions from war itself.

The invasion of Iraq alone, according to Oil Change International, created [pdf p4] almost as many annual carbon emissions as all of New Zealand. In that war, the US military was using 1.2 million barrels of oil each month and 7.2 million litres per day.

More than 30 years of war has also led to deforestation in Afghanistan. Illegal logging backed by the US helped cause more than one third of forests to be cut down between 1990 and 2007. About 85% fewer migratory birds are now passing through the country.

So why don’t most of us know that war affects climate change?

The UK is the world’s second largest arms dealer, after the US. The arms export industry employs roughly 55,000 people, and weapons make up about 1.4% of UK exports.

In 2016, Labour MP Paul Flynn asked about the carbon emissions of UK armed forces working abroad. The government responded with a link to a PDF, saying:

These figures cover carbon emissions from the Defence estate, including overseas sites and domestic business travel; the Department does not hold data on emissions from UK military operational activity overseas.

And the Ministry of Defence shares its emissions data in a way that’s hard for regular people to understand.

There is hope. The 2015 Paris climate deal means the militaries of participating countries aren’t exempt from global emissions cuts anymore. (Under the Kyoto protocol in 1997, armed forces didn’t have to report their greenhouse gas emissions.) But in August 2017, the US told the UN it is withdrawing from the Paris agreement.

The Paris deal also doesn’t require countries to cut their military emissions. And the Conservative government closing the Department of Energy & Climate Change in 2016 suggests how much the UK is focused on doing that.

But investing more in renewable energy doesn’t mean cutting jobs. The arms industry could use existing skills and technologies to make non-military products.

Campaign Against Arms Trade says that investing more in offshore wind and tidal energy could create more jobs than are in the arms industry. And it notes that the renewable energy sector uses many of the same kinds of engineering as the arms sector.

The government just created new subsidies for offshore windfarms. But with four government ministers speaking at DSEI, the UK arms industry – and climate change – won’t be going away anytime soon.

– Join the Campaign Against the Arms Trade and Stop the Arms Fair.