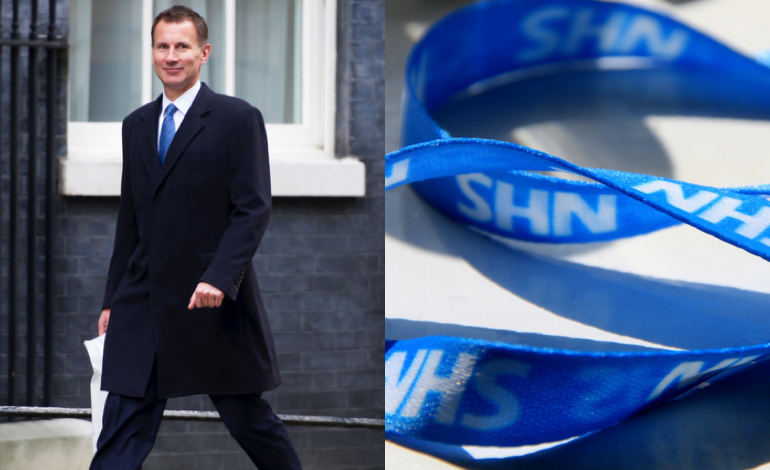 On 3 October, Health Secretary Jeremy Hunt gave a speech at the Conservative Party Conference in which he tried to rewrite both the history of the NHS and the reality of today.

He was trying to pass off a ‘quick fix’ to the shortage of NHS nurses as “the biggest expansion of nurse training in the history of the NHS”.

But people know about the past and the present. And they’re not letting him get away with it.

Fixing the leak, or creating it?

In his speech, Hunt said the government will increase the number of training places for nurses by 25%, a rise of more than 5,000 nurses per year.

But that comes after 29,434 nurses and midwives left the NHS in 2016/17. And The Guardian reported that England alone has a shortage of 40,000 nurses – partly because of the pay cap.

Then, Hunt tried to call the founding of the NHS a “cross-party” effort. After playing a video, he said:

That was the Conservative health minister in 1944, Sir Henry Willink, whose white paper announced the setting up of the NHS. He did it with cross-party support.

The Conservatives notably didn’t tweet those lines. But other people took to Twitter with a response of their own, including Shadow Health Secretary Jonathan Ashworth:

Jeremy Hunt re-telling history by telling everyone that the Tories created the NHS. Looks like I’ve been taught the wrong thing in history!🙄

As Hunt praised the NHS for coming out on top in a July ranking of national healthcare systems, another survey put it in 20th place. As The Canary has reported, the NHS faces a record deficit, crisis levels of bed shortages, and a spike in staff leaving.

So the Tories can take all the credit for that. But they should leave the credit for building the NHS where it belongs: with Labour and all the people who worked to make it happen.