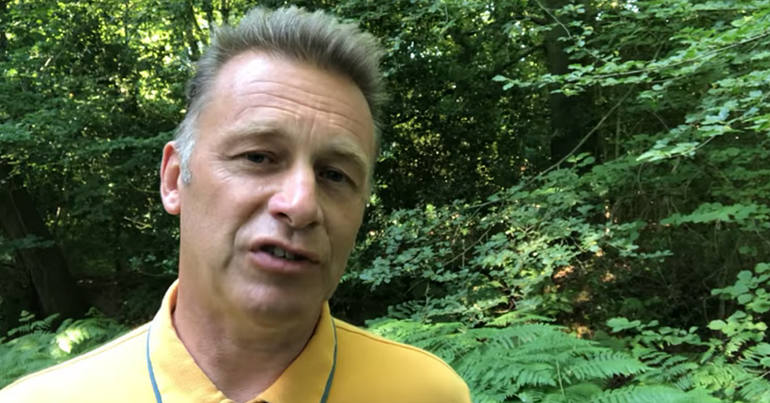 Writing [paywall] in the New Scientist, Packham discusses the disaster we’re facing, and berates himself for his use of language:

To my shame, I’ve not been minding my language. I just said to someone that “we’ve lost 97 per cent of our flower-rich meadows since the 1930s”…On another occasion, I spoke of “a loss of 97 per cent of our hedgehogs”. Loss, lost… as though this habitat and these species have mysteriously disappeared into the ether, like they have been inadvertently misplaced or accidentally vanished. They haven’t – they have been ploughed up, they are dead or they don’t exist. Destroyed is the word I should have been using.

According to the World Wildlife Fund, at least 10,000 species become extinct every year worldwide. This is between 1,000 and 10,000 times higher than the natural extinction rate.

the UK has lost significantly more nature over the long term than the global average. The index suggests that we are among the most nature-depleted countries in the world.

The report gives examples of species loss: not just the 97% [pdf,p19] decline in meadows that Packham mentions, but also a decline in farmland birds of 54% [pdf,p14], along with a 41% [pdf,p14] decline in butterflies.

Packham identifies [paywall] the key cause of these declines as “the wholesale destruction of our landscape by intensive farming”. He says:

There, I’ve said it. I’ve had the temerity to point out the great big bag of pesticides in the room. I’ve summoned the nerve to confront the sanctity of farming, to criticise the system that feeds us, a system dependent on poisons and practices that are destroying our wildlife and countryside.

The authors of the State of Nature report agree [pdf,p5] with his conclusion:

Many factors have resulted in changes to the UK’s wildlife over recent decades, but policy-driven agricultural change was by far the most significant driver of declines.

Bioblitz and People’s Walk for Wildlife

Packham has made a hard-hitting video to drive his point home:

As part of his campaign for wildlife, he’s been taking part in a ‘Bioblitz‘ – visiting 50 wildlife sites around the UK to highlight the nature under threat.

This weekend we're setting out on our UK Bioblitz . If you'd like to support some of the grassroots projects we will be visiting please go to https://t.co/bZh57nZ4Fk #WeWantWildlife pic.twitter.com/Cy0kJaNspT

And he’s urging all of us to take part in a ‘People’s Walk for Wildlife’ in London on 22 September:

Packham is right. We should be extremely alarmed about the massive destruction of species we’re seeing. It’s time to take action before it’s too late.