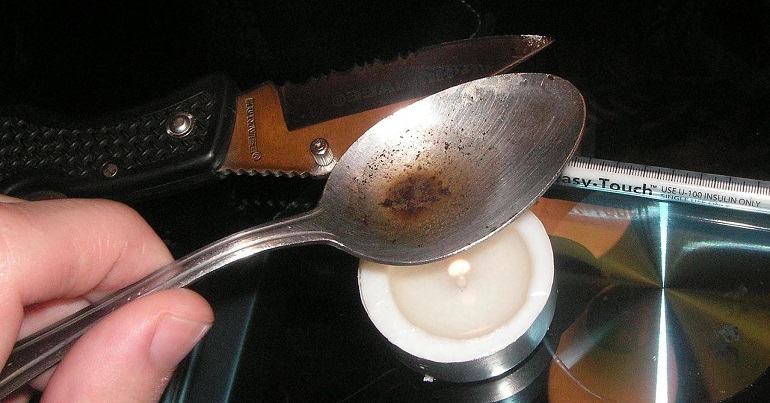 Government figures show that drug-related deaths and suicides have increased dramatically in England and Wales. Over half the areas with the highest death rates relating to heroin and morphine are seaside towns. The government offers no real explanation for this increase. Instead it claims this is the ‘Trainspotting generation’ dying off. Yet the toll that austerity measures have taken on these towns is, at least in part, a causal factor. It is the impact of austerity measures and social deprivation to which we should look for our explanation. These have created the conditions within which people find escape and relief in drug abuse. Many English and Welsh seaside towns have become desolate, with high unemployment and a lack of social services, and the future looks bleak and hopeless.

On 4 April, the Office for National Statistics (ONS) published figures showing that the majority of hotspots in England and Wales for deaths from heroin or morphine misuse are seaside towns. A map in the ONS report shows that, of the 14 places with the highest such death rates, 10 are coastal communities. Blackpool tops the list. The Lancashire seaside town has been the location of the highest death rate since 2010, with 14.0 heroin/morphine misuse deaths per 100,000 people in 2016. This is twice as high as Burnley (just over 30 miles inland from Blackpool), which has a rate of 7.6 per 100,000. Burnley has the second highest rate in England and Wales. The national average is 1.9 in England and 2.3 in Wales.

The figures show a two-thirds increase in the rate of drug misuse deaths since figures began in 1993.

Harms and costs of drug misuse and dependency

But drug misuse doesn’t only harm the user. It also harms families and wider society. The Home Office estimated that illicit drug use in the UK cost the taxpayer £10.7bn per year, based on 2010-11 data. The UK Drug Policy Commission (UKDPC) estimated a £2bn annual cost to the families and carers of drug users. The UKDPC report also talks about the many ‘hidden costs’ to families and children [pdf]. These include emotional and personal costs, as well as financial burdens.

Investing in treatment services to reduce drug misuse and dependency will not only help to save lives but will also substantially reduce the economic and social costs of drug-related harm.

Research has shown that every £1 invested in drug treatment results in a £2.50 benefit to society. For many drug users, engaging in treatment can be the catalyst for getting the medical help they need to address their physical and mental health problems.

The public values drug treatment because it makes their communities safer and reduces crime; 82% said that the greatest benefit of treatment was improved community safety.

PHE called on local authorities to invest adequately in the services that can prevent drug misuse deaths. These include: drug use prevention, low threshold harm reducing services like needle and syringe programmes, and drug treatment services.

PHE also recommended improved overdose response training for: drug service users, drug users not in treatment, family and friends, hostel residents and others. In addition, PHE suggested that local authorities need to work closely with NHS commissioners to ensure that people who misuse drugs have the access they need to mental and physical health services. If the NHS widened the availability of naloxone (the emergency antidote for overdoses caused by heroin and other opiates) this would clearly help prevent many deaths.

Link between social deprivation and drug use

PHE has suggested a link between areas of social deprivation and drug misuse. It cites poor education, homelessness, unemployment, poor quality housing, and a lack of access to medical and treatment services. Yet, the PHE report highlighted two main factors for the increase in deaths: (1) Increase in availability and purity of heroin; (2) ageing heroin users. Rosanna O’Connor of PHE termed these people the “Trainspotting generation”.

The ONS suggests the reason for the decline in “Blackpool’s fortunes” is that:

traditional coastal holidays fell out of favour in the 1960s, with the advent of package holidays abroad.

Yet this cannot explain why the heroin overdose and suicide rate should increase in recent years.

There is no clear explanation for this rise in the ONS and PHE reports. Even when PHE cites social deprivation as a factor, it largely considers it to be caused by drug abuse. The solution is largely left to local authorities to provide more treatment services. The causes of drug abuse are left unexplained as “complex”.

Yet, if we are willing to look at the elephant in the room, we can explain the link between social deprivation and drug abuse. Poverty and cuts to public services, unemployment, homelessness, poor housing, lack of education, and cuts to treatment services and mental health care, are all significant factors. As a joint study into government cuts by Glasgow University and Heriot-Watt Univeristy shows [pdf, p14]:

There is a clear relationship of greater cuts with greater deprivation across most classes of authority and most services.

Clearly the reasons why people take drugs are complex. PHE is correct about that. But this is not the end of the story. We should not throw our hands in the air and consider it mysterious. It is not simply the ‘Trainspotting generation’ dying off. The link between social deprivation and increased drug abuse is well known. The Lankelly Chase and Heriot-Watt University Hard Edges study reveals a great deal about how deprivation is associated with drug abuse. As the authors explained:

There is a huge overlap between the offender, substance misusing and homeless populations. For example, two thirds of people using homeless services are also either in the criminal justice system or in drug treatment in the same year.

There are clear connections between homelessness, poverty, mental health, and drug abuse. Social deprivation is not only the result of drug abuse, it can also provide the conditions under which the level of drug abuse increases.

There really is not much mystery here. Cuts to public housing, education and child services, infrastructure, the NHS, and local authorities have all contributed to social deprivation. Coastal towns like Blackpool have been left without services, investment, or resources. Social deprivation is an undeniable consequence of austerity and government cuts to the public sector and services.

I’m not saying that deprivation causes drug misuse in a deterministic way. That would be hard, if not impossible, to prove. And there are plenty of rich people who misuse drugs. Here we need to look at the causes of drug abuse as a ‘tendency towards’, which is a much softer kind of causal relation.

There are many poor people who do not abuse drugs or alcohol. Yet there is a tendency for people in deprived environments to seek escape or relief. People in deprived environments are more likely to resort to drug abuse and there is little in the way of healthcare or public services to help them get out of it. When people feel hopeless, they are more likely not to care about their health, addiction, and the threat of overdose. In areas of high unemployment, crime often flourishes bringing drugs into a community. This is made worse when cuts in police levels allow criminal gangs to operate with near impunity. Austerity and cuts create the conditions for increased drug abuse. And as the abuse of drugs increases there is an inevitable increase in overdoses and suicides as well. Once again, we can see how austerity is killing people.

– Check out more articles from The Canary about drugs.