Despite desperate calls for global action, the world continues to invest in fossil fuels - Canary 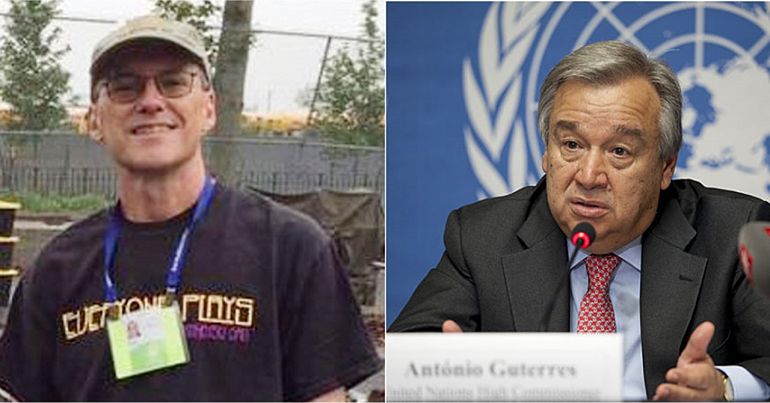 On 14 April in New York, prominent LGBT rights attorney and environmental activist David Buckel set himself on fire in protest against fossil fuels.

Near his body, police found a suicide note which had also been emailed to several newspapers, including The New York Times. In his note, Buckel wrote:

Our present grows more desperate, our future needs more than what we’ve been doing.

Here is a hope that giving a life might bring some attention to the need for expanded actions, and help others give a voice to our home, and Earth is heard.

His email to The New York Times explained his self-immolation as a reflection of what we are doing to the climate and ourselves:

Despite widely reporting it, the media rapidly passed over Buckel’s act for other news.

It was as if “we barely noticed”, as novelist Nathan Englander wrote in The New York Times.

Other news about climate change we probably barely noticed that week

We might have missed another news event that week. This was the speech of the UN secretary-general to the Boao Forum for Asia which ran from 8 to 11 April. At Boao, world leaders and academics met to discuss the most pressing issues for the world today. These issues included poverty, conflict, and climate change.

“Climate change is still moving faster than we are,”- @antonioguterres https://t.co/ACT4VIde4T The @UN Secretary-General called for urgent action on #ClimateChange at the Boao Forum for Asia #Boao2018 pic.twitter.com/3u1WlJpcXA

“Climate change is still moving faster than… we are,” said António Guterres. And he called for urgent action:

We need to dramatically raise our ambitions. And the good news is that technology is on our side. Clean, green energy is more affordable and competitive than ever. But we still see enormous investment in and subsidies for fossil fuels.

In January, Guterres had also made this call for action to the UN General Assembly:

Climate change is moving faster than we are. We need to invest in the future, not the past. My remarks to the General Assembly today: https://t.co/ZOcRElALNs pic.twitter.com/3MyGgUDS4p

I am beginning to wonder how many more alarm bells must go off before the world rises to the challenge.

And he noted that both 2017 and now 2018 have so far been filled with climate-driven catastrophes.

Alarm bells are ringing loud and clear… time to wake up!

There is overwhelming evidence for climate change. Heatwaves, hurricanes, and floods throughout 2017 made it the worst year ever for extreme weather and natural disasters. Poverty, insecurity, migration and conflict have increased as a result. Climate change has already cost billions of dollars in agricultural losses, and poor farmers bear the brunt of these losses. Food shortages and hunger threaten millions.

We might not agree with the extreme and desperate way Buckel tried to wake us up. Like other people, I was shaken and saddened when I read the news of his suicide. His death is a great loss, as a human being and environmentalist. Yet his message is loud and clear.

It is Guterres’s message too.

If the world is to avoid a global catastrophe, we need to stop using fossil fuels.

We need to listen to the Earth.

Support Greenpeace and Friends of the Earth campaigns against fossil fuels.