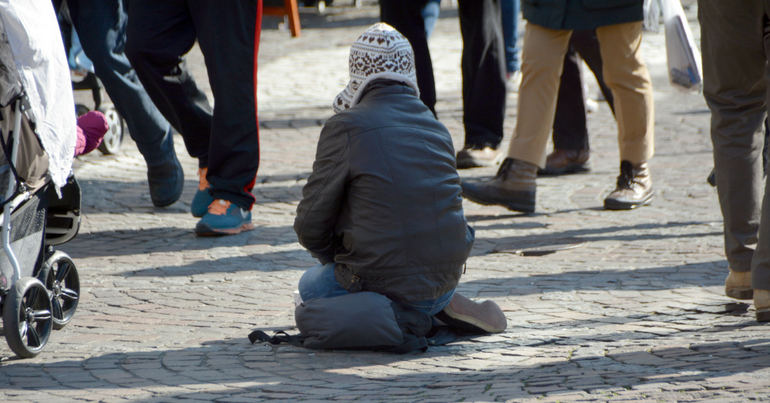 A new report has warned that some young people are at risk of “destitution” because benefit levels are so low.

The report [pdf] was produced by the Social Security Advisory Committee. It looks at the impact of the benefit system on young people aged 16 to 24 who live independently of parents or other guardians.

The report estimates that at least 350,000 [pdf p17] young people in the UK living independently receive benefits. Nearly two-thirds [pdf p17] are parents, the vast majority being lone mothers. At least 7%, 16,000 [pdf p18] in England alone, are care-leavers, people who have spent time in care. This group is identified in the report as being particularly vulnerable.

Young childless single claimants have a far lower income than peers of the same age who are in work, full-time study, or apprenticeships.

“A risk of debt and destitution”

The report’s authors state [pdf p29] that they heard of several young people who were left with just £20 a month for food, after their bills had been paid. As a result:

Any unforeseen expense, such as a sanction, or something as minor as a broken kettle, will lead to very low levels of daily spend and a risk of debt and destitution.

A key issue identified by the report is the lack of affordable accommodation for young people on benefits. Most single people under 35 are eligible only for the ‘shared accommodation rate‘ of housing benefit – that is, the cost of renting a single room in a shared house. The rate varies across the country, but is set at the 30th percentile of local rents – that is, housing benefit will only cover the cheapest 30% of properties – and has been frozen for four years from 2016.

Almost no properties to rent

In addition, few landlords are willing to let their properties to people on benefits. The report’s authors carried out a survey of 5,240 properties advertised online, and found that just 1% [pdf p42] were both affordable to renters on the shared accommodation rate, and available to benefit claimants.

In some areas, such as Edinburgh, Bristol, and parts of London, not a single property [pdf p42] met the two criteria. As a result, many young people have to rent more expensive properties and make up the shortfall [pdf p43] in rent themselves, further reducing the amount they have to live on.

Recommendations to the DWP

Having painted a bleak picture of life for young people living independently on benefits, the report makes various recommendations [pdf p11] to the Department for Work and Pensions (DWP). These include taking steps to reduce “the very real risk of inappropriate sanctioning”; giving young people a choice of receiving Universal Credit fortnightly or monthly; and exempting care leavers from the shared accommodation rate until the age of 25 [pdf, p11].

We want young people to get off to the best start in life. The majority of young people are better off living at home until they are able to financially support themselves, but there are special measures in place for people who don’t have that option.

Budgeting support is available to everyone on UC, as well as direct payments to landlords for people who aren’t able to handle their rent payments.

Benefit rates need to be reviewed

The key recommendation [pdf p12] of the report, however, is this one:

Publish evidence, in time for the autumn 2018 Budget, demonstrating the affordability of basic living costs for a young person living independently on benefits, with a particular focus on the most vulnerable groups, and take action if these rates are not enough to cover essential living costs.

But with the government still utterly focused on reducing public spending at any cost, nobody will be surprised if it chooses to ignore that recommendation.