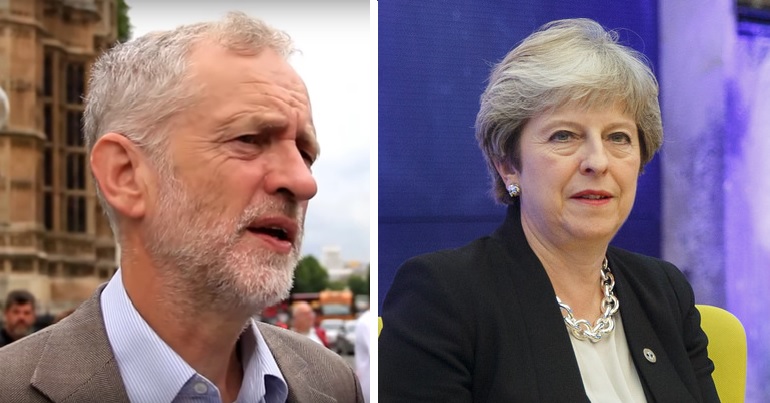 Jeremy Corbyn’s Labour Party has teamed up with around half a million people to shame the Conservative government. A large number of Conservative MPs also joined in the fray over the refusal of Theresa May’s government to ban the fur trade in Britain.

Zeichner argued that a ban on fur is necessary, because as the petition explains:

Fur farming was banned in England and Wales in 2000, followed by Scotland in 2002. However fur products can still be legally imported from other countries and sold here in the UK. Much of this fur comes from countries that have very weak or no animal welfare laws at all.

Numerous MPs supported Zeichner’s argument that it is “wrong for our country to continue to support such an industry, whether it lies inside or beyond our borders”. The government, however, disagrees. In response to the petition, it published a statement that said:

While some fur products may never be legally imported into the UK the Government’s view is that national bans are less effective than working at an international level on animal welfare standards.

Labour’s John McDonnell also joined campaigners outside parliament on the day of the debate.

This morning I joined campaigners calling for a ban on imports of fur to prevent the large scale, brutal treatment of animals in the fur trade across the world. Sue Hayman MP, Labour’s Shadow Secretary of State, is urging the Government to Support a ban. #FurFreeBritain pic.twitter.com/GSI0bVQuza

The Conservatives, instead of being morally indefensible and refusing to do so, need to step up to the plate and follow Labour policy and ban fur imports.

But Labour isn’t alone. Many Conservative MPs argued for a ban in parliament, as did MPs from other opposition parties. The Conservative Animal Welfare Association also wants a ban. It says more than 130 million animals die each year for their fur. The industry keeps many animals in battery-like conditions. Some spend hours or days in traps. And all of them eventually face either being gassed, electrocuted, shot or “crushed to death” so people can wear their fur.

On Monday the UK government will debate in parliament banning the sale of fur in the UK. At Stella McCartney, we don't believe any animal should die for fashion.

But despite the clear will of MPs, including his party’s own, Eustice didn’t promise to end Britain’s role in this cruel trade. Even though MPs pointed out that a YouGov poll in February shows overwhelming support from the public too. 69% of those surveyed support a ban.

Conservative environment secretary Michael Gove has made a big effort to convince people that his party can be trusted to set a “gold standard” in animal welfare policy. But as Zeichner explained, on this issue the government is getting in the way of Britain adopting such standards. The Labour MP said:

This House has the votes. What it needs is a Government willing to introduce a ban. That is what the public expect.

– Email Theresa May to share your thoughts about her government’s refusal to ban the fur trade.