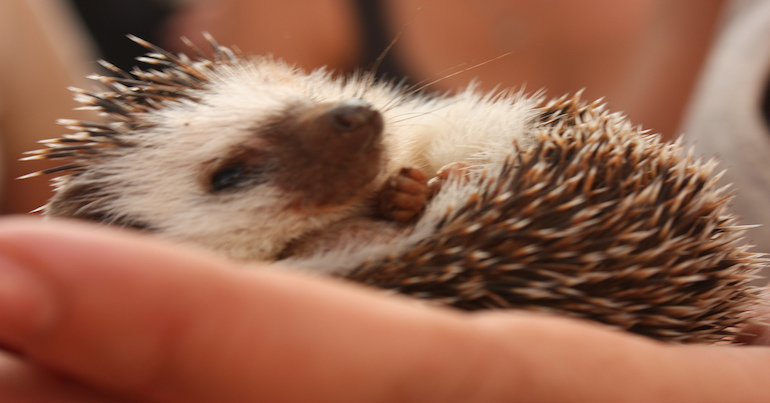 A new study reveals that one fifth of Britain’s wild mammals face extinction. But numbers of some species are on the rise.

Wild mammals in Britain most at risk of total wipeout include wildcats, red squirrels, hedgehogs, water voles and the Eurasian beaver. The hedgehog population has fallen by two thirds, now numbering about 500,000. And water vole numbers have fallen by almost 90%, from around 1 million in 1995 to 132,000 today.

The urgency of the situation has led the report’s authors to claim that Britain is on a “precipice”. And they say swift action is needed to stop and reverse the process of decline.

The study also provided some good news, reporting that numbers of some species are on the rise. These include deer, badgers, beavers, polecats, pine martens and wild boar. But some of the species whose numbers have risen are still classed as at risk of extinction.

The main cause of this ecological crisis is human activity, with modern farming techniques in particular to blame, including the use of insecticides and chemicals. Urbanisation is also causing wild mammal numbers to fall. Speaking about the looming mass extinction, Springwatch presenter Chris Packham said:

It’s catastrophic and that’s what we’ve forgotten – our generation is presiding over an ecological apocalypse and we’ve somehow or other normalised it.

And added to wild mammals, some species of birds, bees and insects in Britain have either been wiped out entirely or have fallen to dangerous levels.

But speaking about the possibility of a solution, Compassion in World Farming’s Philip Lymbery said:

I’m worried that policymakers and some scientists duck the issue by blaming all the things damaging nature on climate change… There’s a reticence to tackle damaging farming practices head on. If we don’t change our course away from industrial agriculture, then wildlife, our food and future generations will suffer. So as a society we’ve got to have these difficult conversations.

The Conservative-DUP government has voted against proposals to protect the environment and its animals in the past. And the Conservatives only removed their commitment to lift the foxhunting ban due to public pressure.

This approach to the natural world led Greenpeace’s Hannah Martin to say that the government is:

We should encourage it to get in step, and quickly.

— Join a wildlife organisation such as the RSPB or your local Wildlife Trust.