As the NHS turns 70, hospital staff are holding a cake sale to buy drip stands - Canary 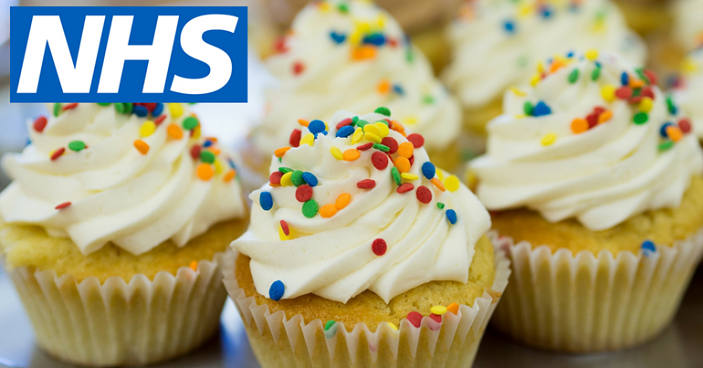 As the NHS turns 70 years old, hospital staff in Derby are holding a cake sale and “24 hour swingballathon” – so that every patient on their ward can have their own drip stand.

Our Medical Assessment Unit will be celebrating all things acute medicine next Thursday. MAU will host a 24 hour swingballathon & cake sale from 10am to raise both awareness of MAU & money to buy a drip stand for each patient bed on the unit. #AcuteMedicineAwarenessWeek pic.twitter.com/6uLAEq7IOO

Has it really come to this? NHS hospitals now holding charity cake sales to buy the most basic equipment like drip stands?

As our once magnificent NHS turns 70, I can’t bear to see the state she’s been reduced to by relentless, brutal government underfunding. https://t.co/pea91EcYUP

This is shocking. A drip stand is a standard ward item.
The managers and administrators should be absolutely ashamed of themselves.

My partner's mother was in the DRI last year and they were hunting for drop stands then. I've heard stories of drips being hung from TV brackets in the John Radcliffe Hospital in Oxford. And the were told the NHS isn't underfunded. We're the 6th richest nation on the planet!

It’s no wonder that hospitals are having to fundraise for basic equipment. The Kings Fund says:

The Department of Health budget will grow by 1.2 per cent in real terms between 2009/10 and 2020/21. This is far below the long-term average increases in health spending of approximately 4 per cent a year (above inflation) since the NHS was established.

It goes on to note that the funding increase is also far below “the rate of increase needed based on projections by the Office of Budget Responsibility (4.3 per cent a year)”.

And you shouldn’t just take their word for it. Even Conservative MP Jacob Rees-Mogg admits that funding is at a historic low:

Who would have thought it would be Jacob Rees-Mogg that confirmed Theresa May is speaking bollocks on Health spending! If you only watch one thing today.. pic.twitter.com/AFmUdKknxF

Extra money may lead to cuts in spending per patient

Chancellor Philip Hammond announced in November 2017 that the NHS would get a £1.6bn funding boost in 2018/19. However, independent health thinktank the Nuffield Trust says of this ‘extra’ money:

What then of the Chancellor’s extra £1.6 billion? How much of that will translate into additional spending? The answer is that much of it will not. At least not in the sense that most people understand extra spending, which (reasonably enough) is as buying extra stuff: extra patient care, extra quality, extra doctors and nurses, extra drugs. In fact, in many cases it will be used to effectively cut, rather than increase, NHS spending in real terms per patient.

That’s because £1bn of the ‘extra’ money will go into funds which NHS providers can only access if they meet a Treasury-agreed financial “control total”. To do that, they have to either reduce their deficit, or increase their surplus – in other words, spend less. As the Nuffield Trust says:

There is ultimately only one way a provider can consistently do that, and that is by reducing the average costs of caring for each patient it treats down towards the level funded in the tariff (or below it, in the case of providers who are set a target to report an underlying surplus).

For trusts this year, that will mean real-term cuts to their spending per patient of 4.2%.

But in an Alice in Wonderland twist, even if providers reduce their spending, and receive some of the money, they can’t spend it – because to do so would mean they would breach their “control total”.

When then-health secretary Aneurin ‘Nye’ Bevan launched the NHS on 5 July 1948, he probably didn’t think that hospital staff would have to fundraise to pay for basic equipment 70 years later. But with 83% of acute hospital trusts now in deficit, hospital staff may be baking a lot more cakes and playing a lot more swingball in the future.