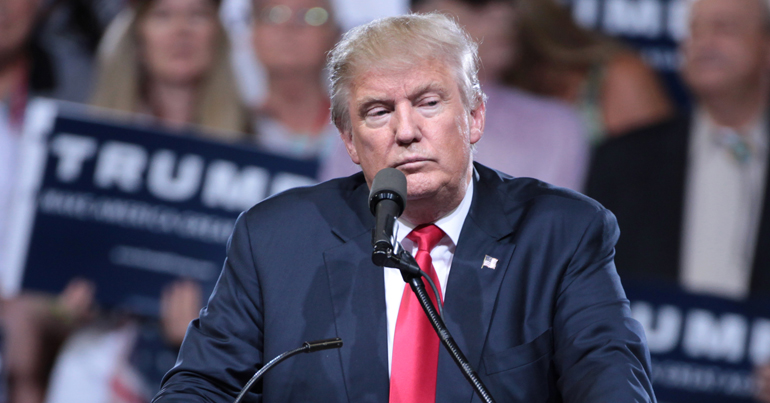 The majority of Americans are coming round to the reality that the global climate is changing. That’s according to a new study [pdf] published by the National Surveys on Energy and Environment (NSEE).

73% [pdf, p2] of Americans now believe that there is clear evidence of climate change, in contrast to Donald Trump. This is the highest percentage recorded since the study began in 2008.

More Americans are accepting that climate change is real, despite Trump’s attempts to derail efforts on climate change. The US president has rolled back several Obama-era policies designed to address carbon emissions and damage to the environment. Trump also pulled the US out of the Paris climate agreement.

Trump has stated that he does not believe that climate change is caused by humans. Back in 2012, he said that climate change was “created by and for the Chinese in order to make U.S. manufacturing non-competitive”. In the years since, his opinion doesn’t appear to have shifted. When asked in an interview with Piers Morgan in January if he believed in climate change, he said [paywall]:

There is a cooling, and there is a heating, and I mean, look — it used to not be climate change. It used to be global warming. Right?

Global warming is one key element of climate change. Trump then went on to say [paywall]:

The ice caps were going to melt, they were going to be gone by now, but now they’re setting records, so okay, they’re at a record level.

Ice caps and sea ice are at a record level: a record low.

In the first half of 2018, 3% [pdf, p2] more respondents said they believed that climate change is real than in autumn 2017. While a 3% rise is within the margin of error, it’s worth noting that this is the first time there has been an increase since autumn 2016. Furthermore, in spring 2010, only 52% [pdf, p2] of participants believed in global warming.

People living in the US are exposed to increasingly frequent heatwaves, record high temperatures, and other extreme weather events. These events, coupled with dire warnings about the melting ice caps and rising sea levels seem to be increasing awareness of the reality of climate change.

We’re running out of time

The results of the recent NSEE study are encouraging. Any news showing more people are accepting that climate change is happening is worth celebrating. Studies like this go some way towards upending assumptions that Americans don’t believe or don’t care about climate change.

It appears that people in the US are increasingly unconvinced by the ‘drill, baby, drill‘ rhetoric of the Trump administration and his Republican Party.