As Johnson hogs the headlines, it's revealed how much UK 'foreign aid' the Tories have given to the fossil fuel industry - Canary 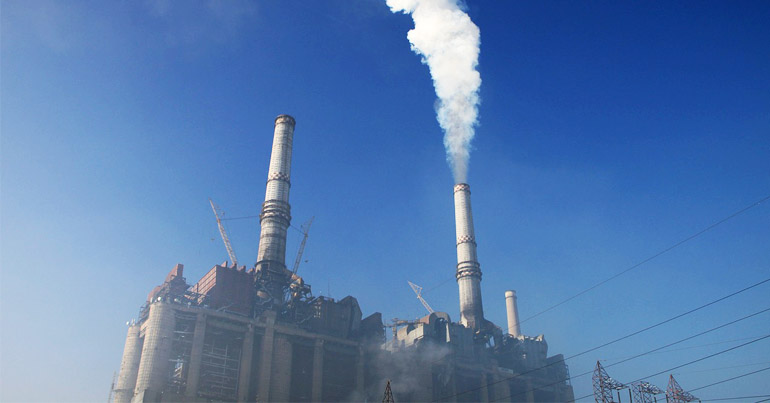 New data shows the government is spending hundreds of millions of pounds from the foreign aid budget on fossil fuel investments. And the amount it spent after signing the Paris Agreement was higher than ever before.

On 23 July, analysis by the Catholic Agency for Overseas Development (CAFOD) and the Overseas Development Institute (ODI) showed that the government spent £678m of foreign aid money on fossil fuel projects between 2010 and 2017. In December 2015 the UK signed up to the Paris Agreement. This commitment intended for states to curb actions contributing to climate breakdown. In the same year, the UK also joined the Sustainable Development Goals agreement.

As a result, CAFOD’s lead climate analyst, Dr Sarah Wykes, said the data was “shocking” and that the UK is:

Further analysis by CAFOD and ODI also revealed the government spent “less than 5 per cent of overall UK energy support” connecting people in the global south to renewable energy. CAFOD was clear about what the government should be doing to tackle this problem. It said the secretary for international development must “immediately stop any aid money being spent on fossil fuels”. Furthermore, the government must draw up a plan to unify all its departments against spending on fossil fuels.

The UK’s willingness to develop the fossil fuel sector internationally is not limited to its foreign aid budget.

The Department for Food, Rural and Environmental Affairs (DEFRA) said import-related carbon emissions grew 28% between 1997 and 2016. Meanwhile, carbon emissions within the UK fell 42% between 1990 and 2017. These show that, rather than fighting emissions, the UK is simply outsourcing them. Labour leader Jeremy Corbyn said the UK is ‘hiding’ the full extent of its impact on the climate.

Like emissions ‘outsourcing’, the UK pushing environmentally bankrupt technology through its foreign aid budget is an act of colonialism. The economically poorest countries of the world are already suffering the most from climate breakdown. Encouraging people to invest in the very systems that will further destroy their lives is, therefore, a horrifying act of hypocrisy by our government.

The UK needs to limit and reverse its reliance on climate-destroying industries. But it must do that in conjunction with everyone around the world. Scrambling over others to reach the top will harm us all.