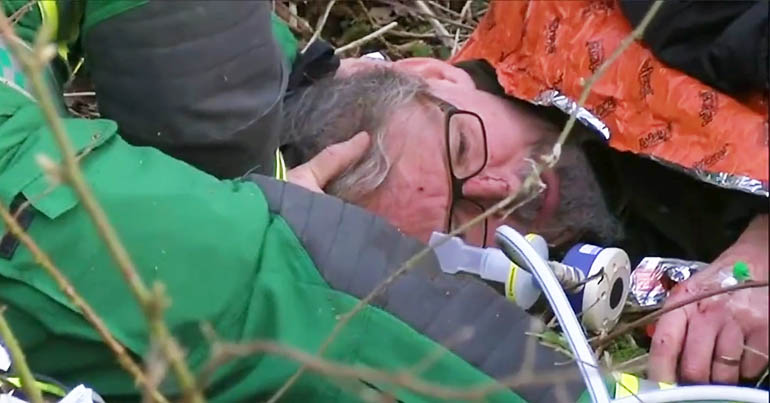 Followers of a hunt linked to Princess Diana attacked two anti-hunting monitors in 2016. The incident left one of the men with a broken neck. The court handed two men “farcically lenient” sentences, and now the hunt involved has settled out-of-court for nearly £50,000.

‘The compensation speaks for itself’

Two monitors for the League Against Cruel Sports (The League) launched High Court civil proceedings against the Belvoir Hunt in July. It came after a group of men attacked Darryl Cunnington and Roger Swaine while the pair were monitoring the hunt in March 2016.

Two men – father George Grant and son Thomas Grant – admitted to pushing Cunnington from a 14-foot drop, breaking his neck in three places. They also plead guilty to stealing Swaine’s camera. Four men wearing masks attacked the pair, although police are yet to identify them. Lady Sarah McCorquodale, Princess Diana’s sister, is a joint master of the Belvoir Hunt and was a character witness for the Grants in court.

However, it was reported on 14 August that the Belvoir Hunt is settling with the pair out of court. The BBC said that the hunt “has not admitted liability for the attack”. The hunt also said it was choosing to settle “rather than waste more time and money”. It agreed to pay Cunnington £37,500 and Swaine £11,000, and the payment means the hunt will avoid going to the High Court.

As The Canary previously reported, Leicester Crown Court convicted the Grants of grievous bodily harm without intent, actual bodily harm, theft, and criminal damage. The judge gave them 13-month sentences suspended for two years, 200 hours of community service, and ordered them to pay £500 to each of the victims. The League told The Canary at the time:

Two men who broke a charity worker’s neck have received a suspended sentence. Many people will be questioning whether that’s an appropriate sentence. To say that we are disappointed would be an understatement.

There was further outrage across the anti-hunting community, with the Hunt Saboteurs Association describing the sentences as “farcically lenient”.

The Belvoir Hunt has also been in the news for other reasons. It moved its traditional Boxing Day meet away from the centre of Grantham in 2018 after a petition signed by nearly 20,000 people opposed the event. The local Labour Party also spoke out against the meet. And in March 2018, the BBC published footage by The League that showed gamekeeper Nigel Smith holding a fox captive. Footage also showed Smith using a net and bag to retrieve the fox on the same day that the Belvoir Hunt were meeting nearby.

The Belvoir Hunt is linked to a history of violent, harmful, and vile behaviour. Breaking the neck of someone seeking to ensure it follows the law is horrendous. And it shows the lengths hunt supporters will go to protect their disgusting pastime.