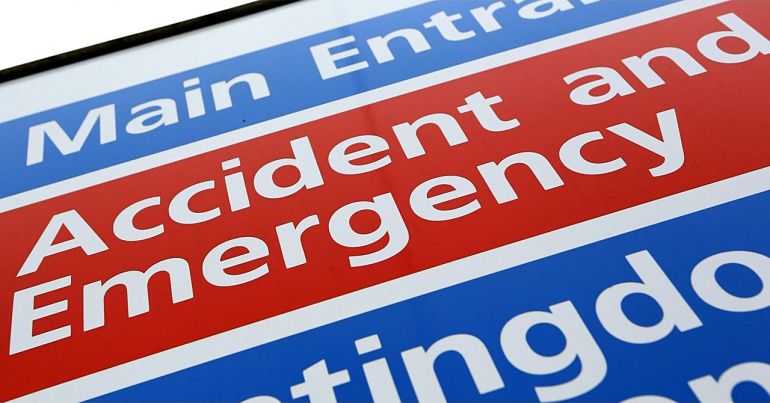 Ten years into the Conservative Party’s watch, the latest A&E stats paint a picture of an NHS on its knees.

December 2019 was the NHS’s busiest ever month with record numbers of A&E attendances and ambulance call-outs. And the number of patients waiting over four hours, or even over twelve hours, was at its highest yet.

James Illman of the Health Service Journal laid out the stark reality:

Another record low for figures re 12 hour waits in A&E. In Dec 2019 2347 patients delayed over 12 hours from decision to admit – nearly TEN TIMES more than the 284 for Dec 2018. Remember 12 hr target underestimates long waits cos its from DTA, not when patient arrives. Shocking.

As Illman points out, while the overall figure for seeing patients within four hours was 79.8%, it was much worse in larger A&Es. In three NHS trusts, performance fell below 60%. The past decade has seen accelerating decline:

Attendances at A&E for the whole of 2019 were up almost 5% on 2018, and rose 14.2% within three years, according to NHS England. Its monthly performance statistics show there were 2,181,024 attendances in December – a 6.5% rise from the same time the previous year. This resulted in 4,307 extra attendances per day – the highest number on record.

Ambulances attended 790,294 incidents in December, which also made it the busiest month on record and was a 5.3% increase from the same month the previous year. Some 10,000 of these call-outs were to the most serious, life-threatening cases – again the highest number recorded in a month and a rise of 16.6% from the previous year.

A&Es across the country are currently very busy – in 2019 we treated over a million more patients in our A&Es than the previous year. We have got more hospital beds open than last winter, but flu has come early and is around twice as high as this time last year. For the public there is still time to get your flu jab, and remember to use the free NHS 111 phone and online service and your local pharmacist.

Nuffield Trust chief economist Professor John Appleby pointed out that winter has yet to bite:

These would be dire performance figures for any December but what’s worrying is that we are still awaiting the truly cold winter weather that we know will plunge the NHS into further problems. Once a rare and almost unthinkable event, in December over 2,000 people waited more than 12 hours on a trolley to be admitted to a bed on a hospital ward. Last month also saw over 98,000 people waiting more than four hours on a trolley. We warned this could top 100,000 as winter goes on and at this rate it could get even worse. Missed targets are now the norm with more than one in five people attending A&E waiting longer than four hours to be admitted to hospital, transferred or discharged home.

The run-down state of the NHS

President of the Royal College of Emergency Medicine Dr Katherine Henderson put the situation into context:

The NHS is struggling to escape its spiral of decline. With a record low in terms of four-hour performance and highest ever number of 12 hour waits, this will have been a miserable Christmas period for many patients and staff alike.

It is quite clear our hospitals are at capacity and are without the levels of staffing needed to cope.

Our hardworking staff continue in the face of adversity, working in a system that for too long has been understaffed and underfunded, with the flip side of the problem – social care – completely ignored. It is little wonder that morale is low.

She suggested that despite government promises of new hospitals, there are pressing problems with the current facilities:

Many of our existing Emergency Departments are too small, run down and need of repair. Many will need to be upgraded – EDs must be fit for purpose for the next decade of clinical care. We physically do not have space for patients who are kept waiting, many of whom will be waiting to be tested using equipment that has either seen better days or that we have too little of. We have the lowest level of both CT and MRI scanners per capita in comparable nations.

Whether by accident or design, the NHS has reached a state where it’s unable to perform well. Patients are suffering intolerable delays and staff are working above and beyond capacity. Healthcare is a key litmus test of any government’s ability to run a country. On the evidence of the last ten years, the Conservatives have manifestly failed.