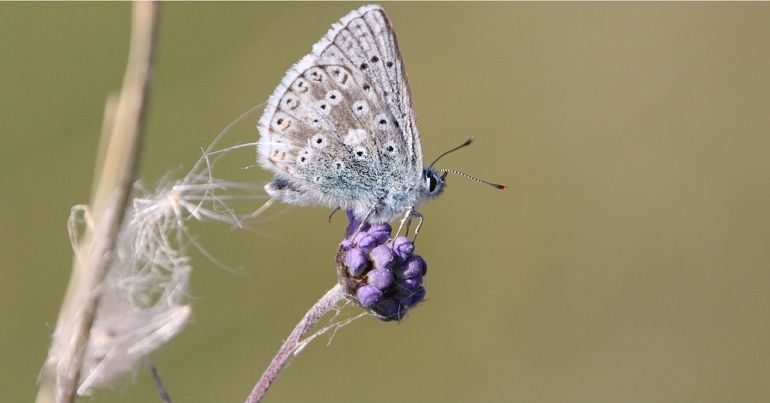 Scientists, those clever folk, have realised that they can measure the abundance of insects by looking at the front end of cars. The ‘splatometer’ is a grid template that fits on a car number plate. As Guardian environment editor Damian Carrington reports, researchers using this device in Kent found a 50% drop in insect collisions since 2004. They used a mixture of old and new vehicles to make sure different designs weren’t affecting the chance of impact. So the decline in splattered insects is a pretty direct indication of the overall decline in insects. A similar study in Denmark showed a slump of 80%.

These figures only tell us the recent picture. And our understanding of the natural world is prone to what’s known as ‘shifting baseline syndrome’. It’s no surprise that the Kent study, which covered 15 years, shows a smaller drop than the Denmark study, which covered 20. If we could go back further, the drop would almost certainly increase dramatically.

Without such numbers, personal recollection has at least some value. Nature writer Michael McCarthy chose to frame his memoir against declines in the natural world. He called it The Moth Snowstorm, and he recalls the insects “[packing] a car’s headlight beams like snowflakes in a blizzard”. Nature has suffered what he calls a “great thinning”.

Firstly, what’s currently going on in the natural world is not normal. A report published by the Wildlife Trusts refers to a major study of insect decline and says:

The paper concludes: ‘we are witnessing the largest extinction event on Earth since the late Permian’ (a geological epoch 250 million years ago).

As Carrington reported, the collapse in insect numbers has huge knock-on effects. They’re food for many birds, including some such as swallows whose numbers are dropping in parallel, as well as other insects. Crucially, “insects pollinate three-quarters of crops” and much other plant life. To quote David Attenborough:

It is becoming clear that the four horsemen of the insect apocalypse are climate change, habitat destruction, habitat fragmentation and pollution. It is essential we create more joined up space for insects that is safe from pesticides, climate change and other harm.

Not all insects have the extraordinary travelling capabilities of painted lady butterflies. Many can only move through habitats that suit them. So if their habitats are threatened by pollution or the effects of climate breakdown, they need to move or die. Hence the importance of efforts to join up habitats, such as the Buglife-supported B-lines scheme in Cornwall.

But with the habitat-wrecking tendencies of Boris Johnson now unleashed, could it be that – by the time they finally start running – the HS2 trains will never need a single insect scraping off?