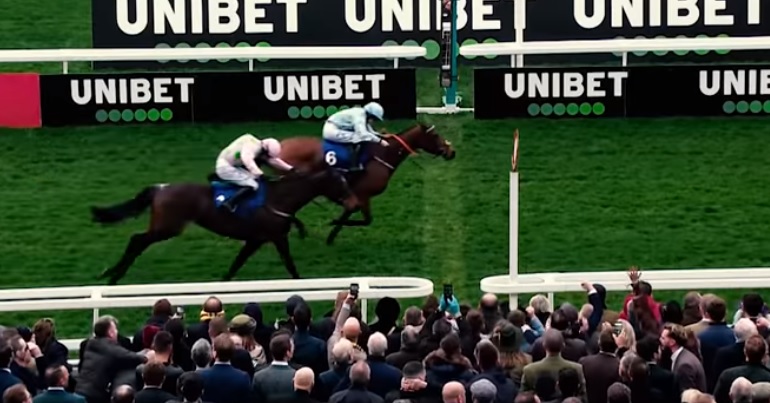 A dire new revelation has emerged about the Conservative government’s decision to allow March’s Cheltenham Festival to go ahead. As Gloucestershire Live‘s Leigh Boobyer reported, postcodes close to the racecourse had the “highest number of coronavirus hospital admissions” in early April.

The government has responded to the scoop, which came to light through “leaked official data”. And given that the findings raise the possibility that the event – which hundreds of thousands of people attended – was a breeding ground for infection, the Conservatives’ reaction was appalling.

‘Nothing to see here’

The GL52 postcode, which covers areas of north Cheltenham including Pittville, Prestbury and Bishop’s Cleeve, had 27 confirmed hospital admissions of the virus as of April 3, the highest amount in the county…

GL51, where Cheltenham Spa Railway Station is based, was the second highest in the county and the two postcodes made up nearly a quarter of county-wide hospital admissions as of April 3.

He also noted that “Gloucestershire is currently the most affected county in the least affected region – the South West”. The Health Service Journal recently released mortality figures for Gloucestershire Hospitals NHS Foundation Trust in comparison to others nearby. The Gloucestershire trust recorded 125 deaths, whereas figures at Bristol’s two nearby trusts were 58 each.

In response to the findings for hospital admissions, a government spokesperson said there are “many factors that could influence the number of cases in a particular area”. They added that “comparisons between hospital trusts” were “not possible” because they “serve populations of differing size and characteristics”. The spokesperson also talked up the South West region’s overall lower number of cases and deaths, claiming:

It is our absolute priority to protect people’s health and our advice on coronavirus is the result of direct, continuous consultation with medical experts.

In short, when faced with mounting evidence that the decision to allow the Cheltenham Festival to go ahead could have had dire consequences (aside from a horse’s death amid all the betting and frolics), the government didn’t promise to take a cold hard look at the matter. Instead, it offered a plethora of reasons why there was ‘nothing to see here’.

The same dismissive response was apparent elsewhere in the governing party. Culture secretary Oliver Dowden recently tried to fight off criticism of his actions by saying:

The risk at mass gatherings was no greater or less than it would have been in pubs or restaurants, and the advice at that point was that we did not need to ban mass gatherings

To Dowden, the difference in risk between a get-together of between 125,000 and 250,000 at Cheltenham (reported figures vary) and a few dozen or so in a pub apparently isn’t clear.

In light of the various findings, there are calls for an inquiry. An ex-director of public health for Cumbria, John Ashton, argued that the figures should be “properly investigated”. He continued:

We know the Festival went ahead and a lot of people will have attended and worked there. It’s important we learn about what the potential is for coronavirus transmission at public events

Whether the Conservative government is willing to answer those ‘serious questions’ is another matter entirely. Its behaviour thus far on the issue suggests it’d be easier to get blood out of a stone.