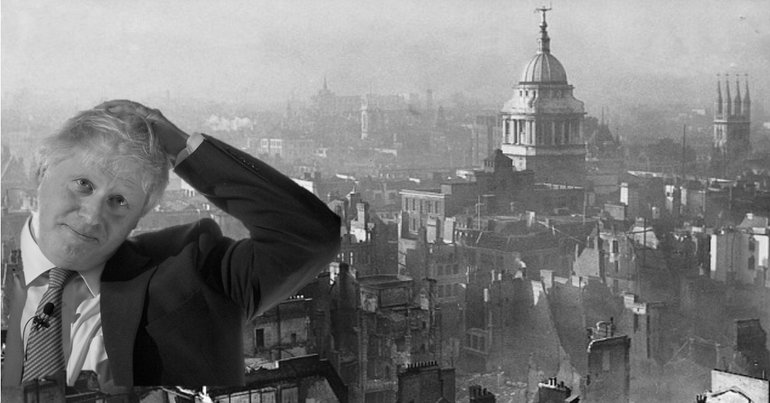 The UK government only reports deaths from coronavirus (Covid-19) that happen in hospitals. New research shows that the true number of people dying is more than double government reports. Figures prepared by the Financial Times (FT) show that 45,000 people have likely died from Covid-19. To put that in perspective, 43,000 died in the Blitz. Coronavirus has killed more British people than the Blitz.

While the government only publishes hospital data, the FT is using the best data from the Office for National Statistics (ONS). The ONS prepares its figures by using cause of death from death certificates. Given we already know of at least one instance where coroners were discouraged from attributing cause of death to Covid-19, even these figures are conservative.

Heading into the final week of April, the gap between government figures and those prepared by the ONS and others were worlds apart. The blue line represents the deaths the government announces each day, but the red columns feature the more likely figures. 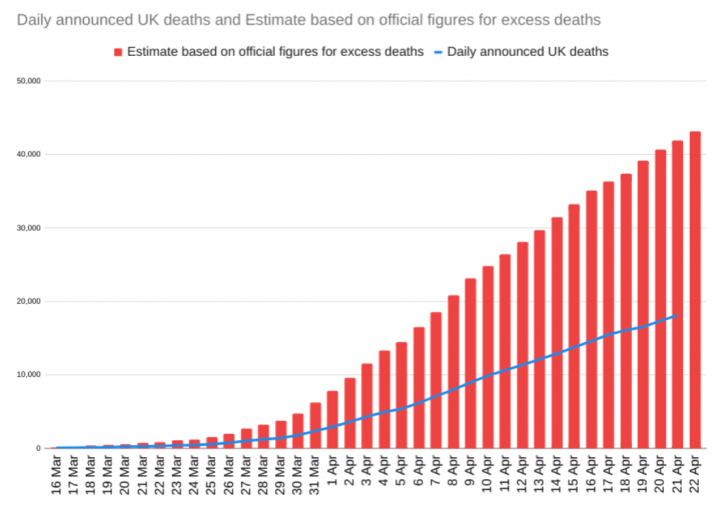 As it stands, the global comparison graphs show only the US with more deaths. If we double the UK figures, we see the true scale of government failure on coronavirus. 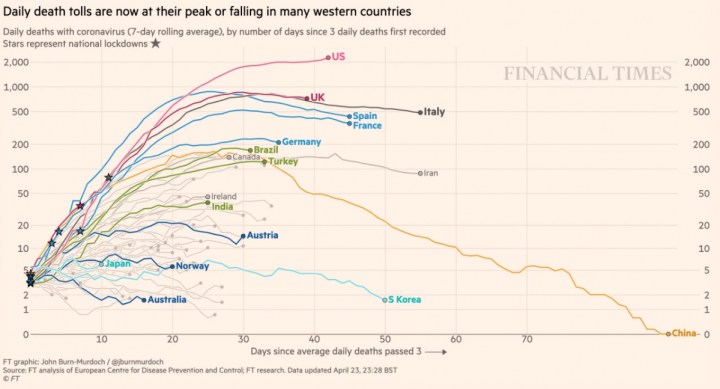 Unlike several European states, the UK had a few weeks warning to prepare for the coronavirus pandemic. That time was squandered because the Johnson government decided to accept mass loss of life in order to prevent the economic losses of a lockdown.

"That is a smoking gun." – @peterjukes

In a speech earlier this year, Boris Johnson argues the UK could make a profit by avoiding lockdown. pic.twitter.com/dmbG792A3h

Achieving the second-highest coronavirus death toll on earth is bad for a government that assured us we could “ride it out”. This was an approach so unscientific and callous even Donald Trump dismissed it as lunacy:

He suggests Boris Johnson originally wanted to 'ride it out' which would have had 'very catastrophic' results.

(Worth remembering Govt has disputed 'herd immunity' was every its strategy/goal.)

The bad news is it’s difficult to see how Britain moves beyond this crisis. Johnson seems inclined to wait it out in the countryside retreat of Chequers. to recover from coronavirus. And the ‘scientific’ group advising the Johnson government allegedly includes Dominic Cummings, Johnson’s most senior advisor and on-the-record eugenicist. Cummings once suggested the NHS should introduce genetic selection for the fertilisation of embryos, based on intelligence. This is the ideology that drove the Nazis murder en masse those they considered genetically inferior.

With these people making the calls, it’s difficult to see progress happening without extreme pressure from the public and the media.

But there is good news too. If change won’t come from government, it will have to come from the people. This places power into the hands of every citizen. There is no cavalry to call upon. We are the cavalry. And if the British public is to survive this pandemic, it will need to stand up to the Johnson government. If the public rises to that challenge for coronavirus, there’s no telling what previously unthinkable changes to our society become possible.