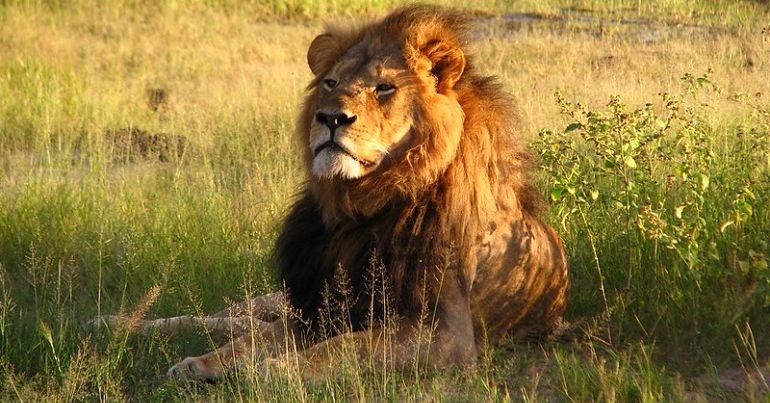 To say trophy hunting is controversial would be a gross understatement. The question of whether the practice has any validity in an ecological sense has divided the conservation community. Indeed, it’s divided the global wildlife watchdog, the International Union for Conservation of Nature (IUCN).

There is one common argument made by pro-hunting figures in support of its existence: communities co-existing with trophy-hunted species benefit from the trade and therefore are incentivised to conserve them. Without hunting, this narrative goes, humans would have little reason to preserve space and living conditions for these other animals and would convert land to uses incompatible with their survival.

But in a new book, titled KILLING GAME: The Extinction Industry, members of such communities speak out. They share details of what benefits they get from the trophy hunting trade. Their accounts are a far stretch from what hunting supporters allege. In fact, they lay this central argument to waste.

The book is by Eduardo Gonçalves, the founder of the Campaign to Ban Trophy Hunting (CBTH). It’s his second book in recent months that takes a deep dive into the trophy hunting industry and its effects on the world’s wildlife.

In KILLING GAME‘s later chapters, Gonçalves spotlights the Communal Areas Management Programme for Indigenous Resources (Campfire) in Zimbabwe. As National Geographic previously explained, trophy hunting supporters “often cite” this programme as an example of how the practice can benefit communities and, in turn, wildlife. Indeed, an IUCN briefing paper by its Species Survival Commission – Sustainable Use and Livelihoods Specialist Group (SSC SULi) holds the Campfire programme up as an example of how hunting can help communities. It claims Campfire “directly benefits” thousands of “rural Zimbabwean households”, providing “substantial amounts in countries where the average income for rural residents is a few dollars a day or less”.

In his book, Gonçalves described how the programme is supposed to work:

Its aim was to help villagers living around national parks and trophy hunting concessions [areas] benefit from the ‘exploitation’ of wildlife resources by foreign hunters. The revenues generated could in theory be used for a variety of projects, including building schools and clinics, improving roads, and setting up local business ventures. A bank account would be set up into which the money would be deposited, from which funds could then be withdrawn by the community.

Since its creation in 1986, Campfire has attracted millions in subsidies from US public funding. Gonçalves says “the UK government was also a major donor”.

CBTH carried out surveys of communities and local officials in November 2019. A councillor for one ward in Hwange rural district council, Cosmas Mwakiposa, commented:

There is nothing that I can point to and say was built out of the proceeds of the CAMPFIRE. We know that there is plenty of money being made from hunting, we hear that from council administrative officials. But when we follow up, we find that there is nothing. No money.

Mwakipose said their own investigations suggested the funds were “being misappropriated and converted to uses we do not know of”. Likewise, local village headman Josias Mumpande claimed:

Mumpande concluded: “we do not want CAMPFIRE anymore in our ward because it is of no use”. Meanwhile, former member of Zimbabwe’s parliament Jealous Sansole alleged:

From my experience as MP, all 28 wards under Hwange Rural District Council have not received a cent from CAMPFIRE since the late 1980s.

Campfire isn’t the only programme that Gonçalves claims isn’t delivering benefits to communities either. He writes:

In Zambia, tribal chiefs have withdrawn their support from a similar scheme after complaining that funds from trophy hunting supposedly destined for local communities were failing to reach them. They say that local communities have received no fees from hunting concessions since 2016, despite promises that they would receive 20% of concession fees and 50% of hunting revenues.

As The Canary has previously detailed, the debate over trophy hunting is not a simple one. The fact that hunting advocacy groups have embedded themselves in global wildlife watchdogs – as Gonçalves highlighted in his previous book – muddies matters further.

This has largely led to a state of paralysis in policy change on trophy hunting on a national and international level, with some small exceptions. Such inertia is a hunter’s dream. Because, as Ranulph Fiennes says, it allows the killing to continue unabated. Meanwhile, trophy hunting advocacy groups are less than inert themselves, securing the downlisting of species’ protections – or fighting the uplisting of them – in a way that ensures hunting of them can continue, while in their positions of influence.

But a lot rests on the hunters’ argument that their actions help communities and, as such, conservation. It is key in the debate. That’s clear in the fact that, more often than not these days, hunting advocacy groups brand themselves as conservation organisations. Gonçalves’ book throws that argument into severe doubt, not only in terms of the financial benefits of hunting for communities, but in relation to the direct impact hunting is having on species’ potential survival.

In the book, Gonçalves notes a trophy hunter’s response to it on a forum called Accurate Reloading. The hunter said:

We are done. There is no way we can rationalize what we do to those who read this book. The game is about over.

That hunter may very well be right.