While all eyes were on the election, the US achieved one of its worst accolades in history - Canary 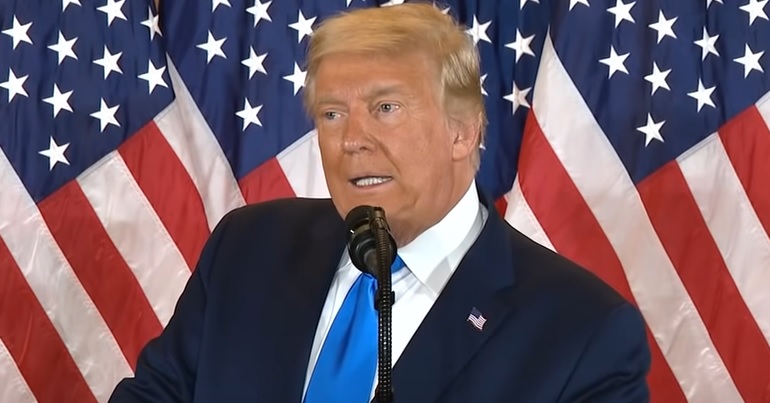 The US election consumed much of the news cycle on 4 November. But while all eyes were watching the vote counts in various states, the US achieved one of its worst accolades in history. Because on the same day, it became the first country ever to officially withdraw from the Paris Agreement.

A hindrance, or a help?

As the BBC reported, Donald Trump announced his intention to leave the agreement in 2017. But due to rules that Trump’s predecessor Barack Obama helped to make, a swift exit was impossible. The rules ensured Trump couldn’t give official notification of leaving until November 2019 and had to endure a 12-month notice period. That period ended on 4 November.

The Paris Agreement is essentially a global pact between countries to attempt to tackle the climate crisis, and avoid worst scenario outcomes. As the UN notes, the now 195 signatories to it have agreed:

to transform their development trajectories so that they set the world on a course towards sustainable development, aiming at limiting warming to 1.5 to 2 degrees C above pre-industrial levels.

Trump previously used UN climate events as a platform to promote fossil fuels. So his administration didn’t appear to use its influence at such climate events to help out the planet. In fact, Trump’s policy positions in office have so clearly been anti-environmental, anti-wildlife, and anti-doing squat about the climate crisis, it’s hard to imagine his administration was anything other than a hindrance at such talks.

Nonetheless, as the world’s biggest carbon polluter in history – the US army alone is said to be “a bigger polluter than 100 countries combined” – the country’s cooperation with the agreement is vital in terms of international action to save the climate. And, as ex-climate change official in the Obama administration Andrew Light says, leaving the agreement “obviously hurts the US reputation”.

It does also run a risk of encouraging other countries to follow. But Peter Betts, a former UK and EU negotiator in the global climate negotiations, says that’s unlikely:

I don’t think anyone will follow Mr Trump out of Paris. Nobody has in the last four years and I don’t think they will in the future.

Across the board, however, global political action on the climate crisis has been severely lacking so far. For example, the UN Environment Programme revealed this year that the global community hasn’t fully met a single one of the 20 biodiversity targets governments set a decade ago. Meanwhile, the Intergovernmental Panel on Climate Change (IPCC) reported in 2018 that the Paris Agreement ambitions aren’t enough to limit global warming to 1.5C. To put this in perspective, 2020’s catastrophic wildfires, ice melting, and extreme weather events are happening at 1.2C warming compared to the pre-industrial era.

So the global community needs to get its act together, and fast. There have been a number of bold promises made on carbon emissions reductions recently, by China and Japan. Meanwhile, non-federal leaders across the US – from tribal governments, city halls, cultural institutions, and more – have now formed “the largest American coalition in support of climate action in history” in defiance of Trump’s decision to exit the Paris Agreement. But what the world needs, from governments, civil society, and everything in between, is decisive action – and now.

Trump will go down in history as a man intent on destroying the world. But what truly matters to the rest of us is getting on with the monumental job of trying to save it.