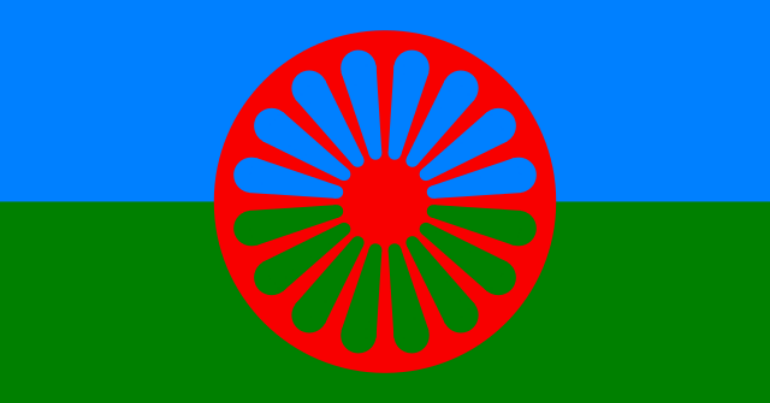 The 8 April is International Roma Day. Started in 1990, the day is an opportunity to explore and appreciate Roma culture and history. It also raises awareness of the issues facing Roma people.

And this year’s International Roma Day has serious implications for the UK. Because Roma and other nomadic people in Britain face a fresh assault via the government’s authoritarian Police Bill. So it’s a moral duty to extend solidarity and oppose the bill with renewed energy.

Priti Patel’s Police, Crime, Sentencing and Courts Bill contains many attacks on people’s rights. This includes an attack on the right to protest. On top of this, many fear the legislation would further entrench anti-GRT (Gypsy, Roma and Traveller) discrimination. The bill would allow police to imprison people and confiscate their caravans – which for GRT people literally means their homes.

As one commentator pointed out recently:

Romany Gypsies have been in Britain since at least 1515. The Bill is the most serious threat to their way of life here for 500 years.

Roma people have faced centuries of oppression which continue to this day. It’s reported by the Holocaust Memorial Day Trust that over 200,000 Roma and Sinti people under the Nazi regime “were murdered or died as a result of starvation or disease”.

Gypsy, Roma and Traveller [GRT] people have the worst outcomes of any ethnic group across a huge range of areas, including education, health, employment, criminal justice and hate crime

The European Commission reported in 2018 that:

discrimination and racism towards Gypsies, Irish Travellers (and more recently against the Roma community) continues across the UK.

Things might not seem so hopeless with a functioning opposition. But Labour MPs have also been accused of anti-GRT prejudice.

Only this month, Labour MP Charlotte Nichols was pictured canvassing with anti-Traveller flyers pledging to stop ‘incursions’. She later apologized, claiming she hadn’t known what the word meant.

Hey, thanks for your message- I genuinely wasn't aware of the meaning of "incursion" or its negative connotation until this morning. I've flagged it with the Labour Group so we can sort new materials, and sincerely apologise for the hurt caused. pic.twitter.com/ZLEfP73f2c

The Tories want to make Roma people, and broadly speaking all GRT people, a political punchbag. As usual, Labour doesn’t look like it’s coming to the rescue. This International Roma Day, we should all commit ourselves to facing down this form of hate and stopping this authoritarian legislation.