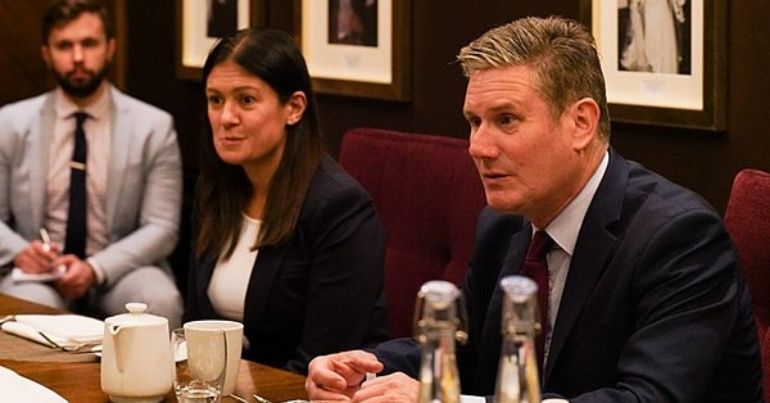 Union leader Sharon Graham has said Unite plans to withdraw a big chunk of Labour Party funding. Going forwards, the money will be used to help workers by other means. The union will still pay £1m in affiliation fees, but Graham said other cash will go on more valuable causes.

Unite’s firebrand general-secretary told the Guardian, “there’s a lot of other money that we use from our political fund where, actually, I’m not sure we’re getting the best value for it”.

And there are quite a number of other projects that could benefit from union backing.

I don’t know what world they’re living in, but [they] don’t live in the one in I’m living in, because [in] the one I’m inhabiting, people are frightened.

And this isn’t the first time. The Unite leader recently clashed with London mayor Sadiq Khan after he attacked striking transport workers:

This comment is precisely why workers are turning away from @UKlabour when a Labour mayor attacks workers. It's about time the @MayorofLondon did the right thing and stood up for workers not just at election time but when it matters. https://t.co/MVHoo0PFwa

As workers turn away from Keir Starmer’s increasingly right-wing party, other projects could be in line for union support. Sharon Graham mentioned the idea of a national care service in Scotland:

If we can get in a national care service in Scotland, if we can drive that through, then let’s put the resource in Scotland, let’s get some campaigning going on there properly.

Westminster, Graham said, “isn’t the font of everything, you know, and actually, there’s other ways to try and get things in, by pace-setting”.

And it is true. Any number of actual pro-worker initiatives could be energised by more union funding. Post-Corbyn, the Labour Party has shifted back towards a Blairite position: pro-capitalist and pro-war. Recent appointments like David Lammy as shadow foreign secretary prove this beyond doubt – at least if his hawkish record is anything to go by. But where could the money go?

Well, there are any number of projects which could benefit from union backing. Perhaps these could include new and existing left media platforms to counter the influence of private and state broadcasters. One outcome of Corbynism was a new network of channels and organisations. The Canary, Skwawkbox, Double Down News, and Declassified UK – to name just a few. And none of them enjoy billionaire backers like the Tory press.

Worker’s education programs like the WEA are needed more than ever so that worker’s can access education and expand their minds. It’s high time initiatives like this were properly funded.

The unions could increase funding to training programmes for activists and organizers on everything from climate change to antiracism. And these fit snugly with refugee and migrant solidarity efforts to help desperate and displaced people affected by Priti Patel’s hostile environment

And all of these have an international aspect. From solidarity campaigns with workers in Latin American and the Middle East, to support for oppressed people from Palestine to Europe.

It’s for Unite to decide where it puts cash freed up from Labour. But there are plenty of worthy causes outside Starmer’s floundering party which could do with a hand. And let’s hope the money gets used where its needed.