The Turkish state is criminalising radical ecologists - The Canary 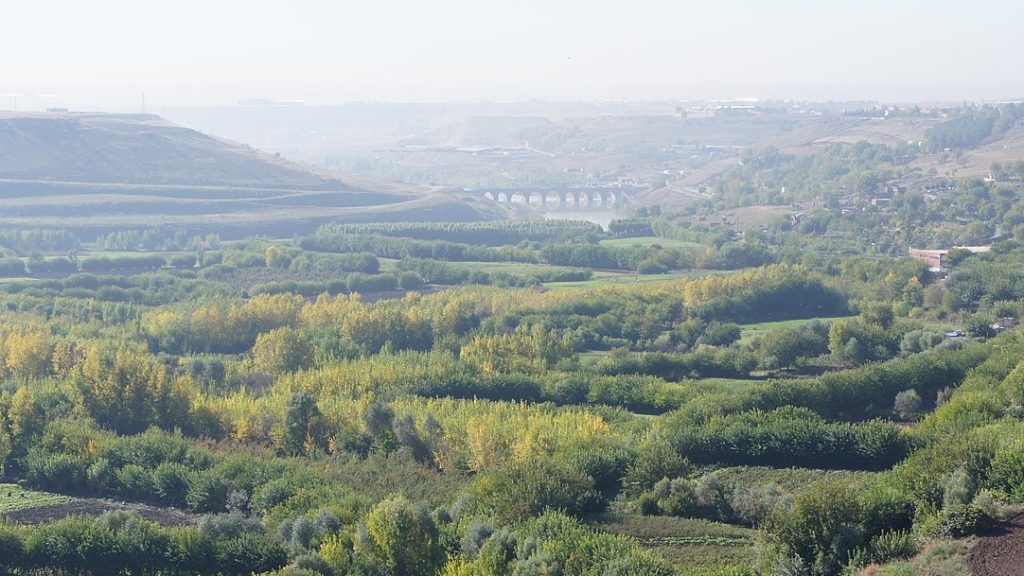 The Turkish state is currently in the midst of a brutal campaign of repression against the Kurdish Freedom Movement.

Twenty journalists were arrested last week in Bakur, the part of Kurdistan within Turkey’s Borders. Since then, 16 of them have been remanded.

However, the arrests of the journalists are only the tip of the iceberg in what’s been dubbed a campaign of political genocide. 10,000 people are currently in prison facing charges relating to the Kurdish Freedom Movement. The scale of this repression is hard to comprehend: the number of prisoners, for example, is over double the total number of Palestinians imprisoned by the state of Israel.

Those imprisoned include members of the People’s Democratic Party (HDP), the third-largest party in the Turkish parliament. The HDP is calling for a radical democratisation of the Turkish state. One HDP member told our delegation:

We are not a political party in the classical sense…we are anti-capitalist, anti-imperialist and anti-nation state.

6000 HDP members have been imprisoned in Turkey since 2015. But they are not the only one’s facing repression, in fact, those the Turkish state has branded as terrorists include radical lawyers, the women’s movement, and people involved in co-operatives and refugee support organisations.

“You can be anything… except a Kurd”

Everyone is charged with “membership of a terrorist organisation”. But these are not terrorists. These are lawyers, journalists, MPs, co-op members, and human rights activists. Their crime is being Kurdish and supporting radical democracy in the face of president Recep Tayyip Erdoğan’s fascistic regime.

Here in Kurdistan you can be anything – a lawyer, or a journalist for example – except a Kurd. when you show your Kurdish identity you’ll be attacked

I have visited Bakur twice in the past six months, in December 2021 and more recently in June 2022. I was part of two delegations from UK anti-repression organisations, Kurdistan solidarity groups, and a radical trade union.

During our visits, we met with members of the Amed Ecological Society, which is part of the Mesopotamian Ecology Movement (MEM). These ecological organisers are also experiencing state repression. They spoke to us about their decade-long struggle, but asked us not to name them for fear of state repression.

MEM is a confederated organisation with branches in many cities across Bakur. At its height, its ecological councils had thousands of members. State repression is currently limiting MEM’s organising, but it still has hundreds of members in some cities.

Kurdistan Solidarity Network is organising a conversation with Mespotamiam Ecology Movement for 23 June. The webinar will be a rare chance to speak directly to members of MEM. 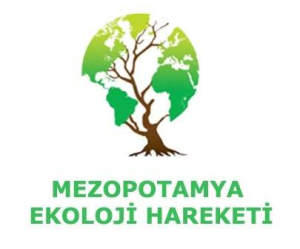 MEM is perhaps most famous for its part in resisting the construction of the Ilısu dam. Sadly, the dam was completed in 2020. This happened despite a fierce international struggle which forced European banks to pull out of the project.

The dam displaced nearly 80,000 people. The beautiful 12,000-year-old town of Hasankeyf was tragically submerged beneath its reservoir.

MEM was also involved in a successful campaign to prevent the destruction of the ancient Hevsel gardens in the city of Amed (Diyarbakır in Turkish). In 2014, Turkish state violence was rapidly escalating, which caused damage to the gardens. The Turkish state threatened to destroy the ancient gardens completely.

Local people – including MEM – stepped in to protect the historic site. People brought tents and held demonstrations to protest the gardens’ destruction for 21 days. Then, in 2015, UNESCO listed the gardens as a World Heritage Site, affording the Hevsel a degree of protection.

MEM aims to prevent the destruction of Kurdish culture and natural heritage. The MEM members we spoke to told us that the organisation is involved in cataloguing the history of Kurdish villages which the state burned down in the 1990s. It’s also involved in campaigning against Turkish state social-cleansing policies in Amed.

Refugees from the burnt villages settled in Amed’s old city of Sur. Sur was one of many Kurdish cities to declare autonomy from the Turkish state in 2015. People barricaded the narrow streets to prevent the police and army from entering. The state responded with military force, eventually destroying a third of Sur. The majority of the past residents of the destroyed neighbourhoods have not been able to return.

Now, the Turkish state is trying to destroy other Kurdish communities in order to break people’s solidarity with one another. MEM is opposing state plans to destroy the Dicle and Ferit Köşk neighbourhoods to build new housing.

One MEM member told us that the poor people in those areas won’t be able to afford to live in the new developments and will be forced to move to other parts of the city, or perhaps out of Amed entirely. They said:

They burnt the villages, but in the cities they are using urban transformation to destroy Kurdish lifestyle and culture.

As well as protecting Kurdish communities from the state’s social engineering policies, MEM also tries to preserve Kurdistan’s natural heritage. The organisation helps to run an agroecology project in Amed which hosts a library of heirloom seeds. Seed saving is a way to protect the rich biodiversity of the area, which is constantly under threat from industrial agriculture.

The project shares space with a herb farm and a herbal medicine project and clinic. This is aimed at preserving people’s knowledge of natural medicine. The site boasts several beautiful mud-brick structures, built in the traditional style of Bakur. Amed Ecological Society also has a sapling commission, which aims to protect endemic species by planting indigenous saplings. All of these practical projects are acts of resistance against the state’s attacks on Kurdish heritage and culture.

Finally, the movement has a strong focus on education. Amed Ecological Society aims to bring ecology into mainstream consciousness in Amed. To do this, they often speak in public, hold debates, or go to speak to people in other organisations. They place particular emphasis on organising with women and children. One MEM member told us:

women and kids are so important in our society. we want to show them how we can produce in an ecological way and we want to make the connection between nature and humans.

Sentenced to prison for protecting nature

We heard that five members of MEM have been sentenced to over six years in prison each. Fortunately, they were able to escape to Europe before they were imprisoned. Two more members are currently awaiting sentences.

MEM was founded in 2012, in the midst of the struggle for direct democracy in Bakur. The organisation sent seven delegates to the Democratic Society Congress (DTK), a confederated umbrella organisation. The DTK brings together social movements, trade unions, political parties and NGOs from all over Bakur. It intends to build direct democracy in Bakur and act as a counterforce to the Turkish state.

The inspiration for the movement for autonomy, which the DTK is a part of, came from the ideas of Kurdistan Worker’s Party (PKK) co-founder Abdullah Öcalan. Öcalan’s new paradigm proposed a system of direct democracy, known as democratic confederalism, as an alternative to the power of the nation state. He explained how democratic confederalism differed from the state system:

From 2013 to 2015, there was a ceasefire between the Turkish state and the PKK. This period of relative stability allowed the movement for democratic confederalism to flourish. However, since 2015 the Turkish state has set about dismantling the institutions of people’s power that were created during that period. The DTK itself was finally made illegal in 2020.

The MEM members we spoke to told us that the organisation’s delegates to the DTK had been sentenced to imprisonment for being alleged members of the Kurdistan Communities Union (KCK). The KCK is an umbrella structure which aims to bring about democratic confederalism in all four parts of Kurdistan (split between Iran, Iraq, Turkey and Syria). The Turkish state deems the KCK a terrorist organisation.

The situation became even more repressive after the failed coup attempt in Turkey in 2016. Turkish president Recep Tayyip Erdoğan responded by doubling down, calling a referendum to give himself dictatorial powers, and arresting thousands of people. The vast majority of the HDP’s elected mayors were replaced by state appointees – known as Kayyims. After this happened things got dramatically worse. One MEM member told us:

after the trustees the repression got worse, and it has continued to get worse for us. For example, two years ago we did a press briefing of around 20 people and there were 200 cops who came just for this. this is one example of how we are living in Amed.

The Rojava revolution is just the beginning

Despite this, the MEM comrades told us that their struggle will continue. One of them said:

The Rojava revolution became known all over the world, but this is just the beginning of the revolution. For sure the pressure became very deep for the Kurdish society [inside the Turkish state]. This pressure is really a lot for us, every activity we do becomes a criminal thing for the government. We are a target for cops and judges. It is hard to continue with the struggle. but our struggle will be long-lived and we will continue with our work.

The webinar on Thursday 23 June will be a rare opportunity to hear directly from members of the Mesopotamiam Ecology Movement. Ticket sales for the event will also be raising funds for Kurdistan Solidarity Network’s work with MEM. The tickets are priced on a sliding scale, so no one will be turned away if they can’t afford to pay.

This interview was carried out collaboratively with other members of my delegation.