Joanne Harris remains SoE chair despite campaign against her 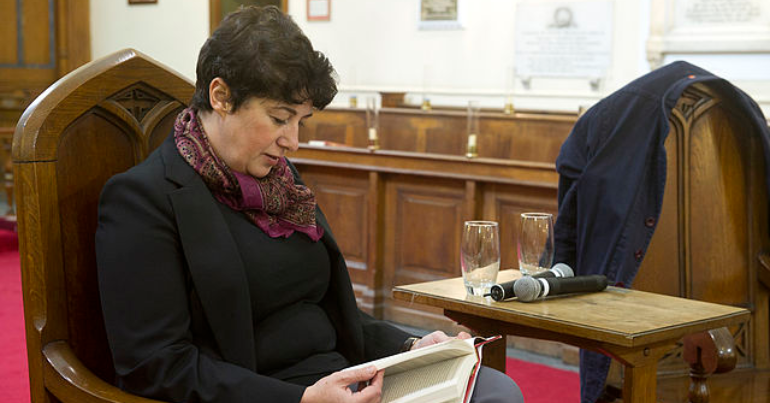 Novelist Joanne Harris recently won out against a vote which sought to remove her from her position as chair of the Society of Authors (SoA). The deliberation went in her favour by an overwhelming 608 votes to 143. The SoA describes itself as a:

UK trade union for all types of writers, illustrators and literary translators, at all stages of their careers.

On 17 November, the society held its Annual General Meeting (AGM). This attracted an unusual level of press coverage and public attention because of the recent criticism of Harris from fellow authors.

The accusations made against Harris were twofold. Firstly, His Dark Materials author Phillip Pullman focused on the SoA’s perceived reaction to memoirist Kate Clanchy’s 2019 work Some Kids I Taught and What They Taught Me. Reviewers stated that Clanchy used racist, ableist, and often prejudiced language to describe the children she worked with as a teacher.

When writers and commentators like Monisha Rajesh, Professor Sunny Singh and Chimene Suleyman criticised the book, they received a slew of racialised harassment. Pullman, in particular, commented under an unrelated tweet of Singh’s which he wrongly believed was about Clanchy. He likened the condemnation of the book to the views of the Taliban and Isis – a horrific comparison to make with regard to a woman of colour.

Pullman was at the time the president of the SoA, though he resigned from the position, stating that he “did not feel supported”. The SoA released a statement distancing itself from Pullman’s actions. In a letter published in Private Eye, Pullman accused the society of adopting “a position of self-righteous neutrality”, and criticised Harris’ role as chair in particular. He also opined that the society itself “needs investigation, and investigation from outside at that”.

The other prong of the campaign against Harris began after fellow author Salman Rushdie was attacked with a knife onstage in August. Harris drew criticism when she posted a Twitter poll asking authors if they had ever received credible death threats. This was perceived as a sideswipe at JK Rowling, who had received threats after expressing solidarity with Rushdie.

An open letter from Julie Bindel and others suggested that Harris was dismissive, and claimed:

deep disquiet and anger at the Society of Authors’ abject failure to speak out on violent threats towards its members.

A counter letter – also signed by many industry professionals – named Harris “a stalwart, fair, dedicated, and passionate” chair of the committee.

Nevertheless, Bindel and nine other members tabled a motion to remove her from her position as chair of the SoA. They alleged that her actions were:

not compatible with the society’s goals of protecting free expression and [its] policy of dignity and respect.

Bindel and Rowling both stand accused of transphobia. This led many, Harris included, to believe that the vote was a kind of proxy battle for the society’s stance on its so-called ‘gender critical’ members. Harris said in a statement on Tumblr:

Many of those who have joined the “debate” are not members. Many are not even authors. Nearly all are transphobes, though. Because that’s what all this is about.

The issue of transphobia amongst members is quite rightly a personal one for Harris. She stated:

I have a trans son. He came out very recently, and I haven’t discussed it online… I discovered that some of my principal detractors had found out about this. After talking to my son, and with his permission, I went public. I love my son more than words can say, and I didn’t want anyone to think that I was ashamed of him.

In particular, she called out former academic Kathleen Stock, a prominent supporter of JK Rowling. Stock used Twitter to highlight Harris’ support for her son, as if this was some kind of ‘gotcha’. Addressing the issue, Harris went on:

Kathleen Stock, among others, gloated that this was proof of my bias. She (rather chillingly) denounced me for having “undeclared trans-identified offspring,” and claimed that this was the “real” reason for my support of trans folk. Kathleen Stock finds it hard to believe that someone might uphold a principle without having a personal interest.

After Harris’ landslide victory against the motion for her removal, writers and onlookers took to Twitter to celebrate. The Chocolat author herself wondered whether the mainstream media would report her overwhelming success:

I hope the journalists who have been so eager to report the unfounded allegations against me will be as keen to report the result of tonight's overwhelming AGM vote. Because otherwise we'll all know that this was never about authors, and entirely about culture wars politics.

Singh also took the opportunity to call out the clear bias of the press:

Two resolutions raised by a handful of members (10 are needed for a resolution and the 2 had all the same names bar 1. So not even a full dozen?) at AGM in a union of 12K members. Both comprehensively defeated by approx 80% votes. How do the UK press cover it? 😏😏😏 pic.twitter.com/LE2xeijBDd

And she speculated on the possibility of the SoA becoming free of its reactionary element:

So apparently the GC minority that were comprehensively defeated at the SoA want to set up their own union. I think that’s wonderful idea. Their wizard billionaire leader can fund it. We’ll be left alone to get on with life and writing. And we’ll know exactly who to beware of

Meanwhile, Suleyman blasted the hijacking of the AGM:

The way the Society of Authors AGM this evening has been hijacked by unbearably privileged arrogant people, who can’t stand being challenged by other thoughts and positions, is shameful.

And fellow author Neil Gaiman offered his thanks for Harris’s hard work as chair:

Excellent news. And I too am grateful to Joanne and the entire SOA team for the work they do. https://t.co/v2ZnmMwjut

This victory illustrates the fact that, although a few reactionaries and bigots may dominate the headlines, they don’t win out when a broad section of the public is given an equal say. What’s more, this is by no means the first time that the alignment of racism and transphobia has been highlighted. It is good to see, at least, that people have been willing to speak out against the harassment directed against Joanne Harris. May she continue to do good work in support of authors in her position as a trade union chair.

Featured image via InfoGibraltar – Wikimedia Commons, resized to 770×403 under licence CC BY 2.0