Deforestation and climate change are being financed with our savings - Canary 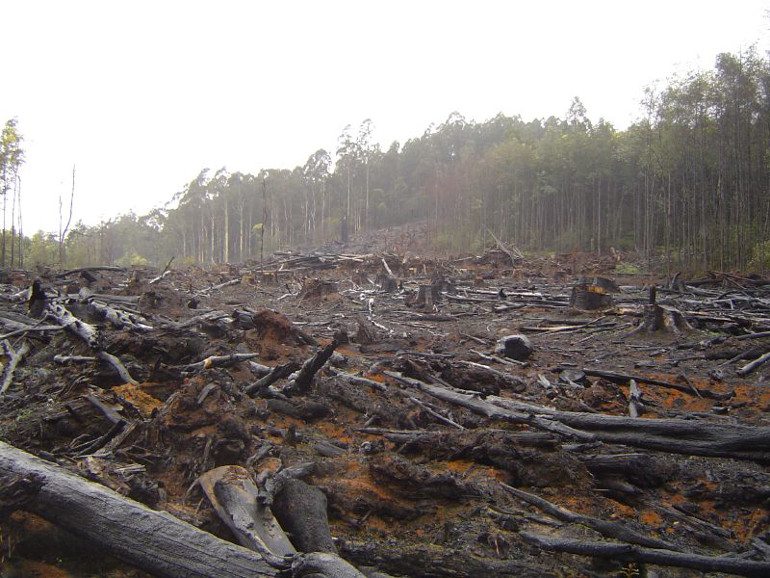 Palm oil production is the main driver of rainforest deforestation in the world. In turn, destruction of rainforests is the second biggest cause of climate change, only outpaced by the burning of fossil fuels. But now, two organisations have launched a campaign to tackle deforestation by targeting the investment funds that finance the palm oil industry.

Vegetable oil is used in the manufacture of many different commercial products, from shampoos to doughnuts. While it can be obtained from very different sources, palm trees are widely used because of their high yield. Most of the world’s production of palm oil occurs in just two countries: Malaysia and Indonesia.

But many consider the expansion of the industry unsustainable. Palm oil companies are clearing large swathes of rainforest to make room for their plantations. The FAO estimates that by 2022, 98% of the Indonesian rainforest will have disappeared [PDF, page 11]. Clearing these forests releases large amounts of carbon dioxide, the main gas contributing to the greenhouse effect. And as the forests disappear, the species that live in it become increasingly threatened. Studies indicate that only 15% of native animal species survive the transition from primary forest into palm oil plantation.

Palm oil is a $61bn industry. Reports indicate that equity investors finance up to 10% of the global palm oil industry. And much of this money comes from ordinary people, either through personal savings or workplace pension schemes. To identify which funds lend money to this industry, Friends of the Earth and As You Sow have created an online ‘transparency tool’ called Deforestation Free Funds. The platform provides information on funds with holdings in palm oil companies, banks that finance them, and brands that use palm oil in their products. The US-based project covers the global money markets.

In the UK, the list of the worst rated funds is topped by St. James’s Place Global Equity fund. According to the online tool, the fund currently contributes £311.7m to the palm oil business, corresponding to 4.23% of the fund’s money. The HSBC FTSE All-World Index fund follows, with £140.79m (7.71% of its assets). The Aviva Investors International Index Tracking fund comes third. It invests 11% of its money in the palm oil industry and has 77 holdings, which account for a total of £57.12m.

The people behind the initiative hope to expand it in the future to track other commodities that drive deforestation and climate change. The underlying idea being that empowered consumers can make a difference through their choices.

– Donate to Friends of the Earth.

– Use Deforestation Free Funds to see if your investment fund has links to deforestation. If so, take action.