Middle aged men aren't talking about suicide. This could be the reason why - Canary 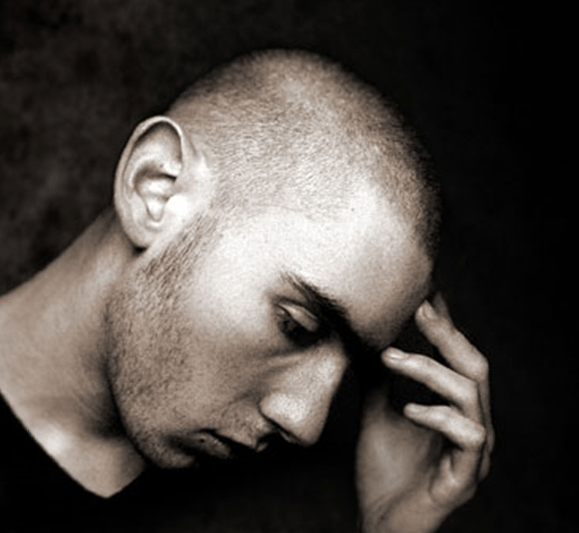 World Suicide Prevention Day was marked last month with a concentration on ‘Preventing Suicide: Reaching Out and Saving Lives,’ but are we doing enough to help the most vulnerable here in the UK?

Suicide is the primary cause of death for UK men below the age of 45, according to a report released earlier this year, with the male rate of suicide three times higher than that of women. The extensive study, conducted by the Samaritans, revealed that 4,858 men took their own lives in 2013, making up 78 percent of all suicides. The number for women was 1,375.

This disproportion between genders has increased 50 percent since 1981, driven by a sharp increase in middle- aged male deaths, which has steadily risen since 2007. In 2013, a quarter of the deaths of men aged between 45 and 49 years old were attributed to suicide. That figure, although stark, does little to communicate the tragedy of families and friends associated with the deceased.

It is worth noting that, according to a 2005 study published in the American Journal of Psychiatry, people are ten times more likely to commit suicide if a family member has already done so. Paul Manderson, also known as Professor Green, lost his father at the age of 24; his dad was just 42.

“I was led in bed and my Nan came in crying,” he said, talking to BBC cameras for his documentary, Suicide and Me. “And she just blurted out ‘your dad’s dead, he hung himself.”

“I didn’t understand it. How can he have done this? What had he done it for? What was so bad that he had to end his own life?” Manderson said.

This confusion is common with family members that lose a loved one to suicide, including Simon Jack, who also lost his 40-something father.

“He was a popular, gregarious and talented man with a loving wife and four sons, of whom I was the eldest,” Jack told the BBC.

His father had none of the customary reasons for middle-aged male suicide, such as marital break-up, loss of child custody or sudden unemployment.

“I have been struck that so many families feel at a loss to explain why any of these factors would end in the extreme of suicide rather than just hardship or divorce,” he added.

At Glasgow University, Rory O’Connor runs the suicidal behavioural research laboratory and, in a recent interview with The Guardian, tried to shed some light on the issue.

“The bottom line is, we as men, are not socialised to seek help,” O’Connor said. “We are traditionally the breadwinner, we’re the rock for our family.”

This male reluctance to talk about emotional and mental issues is somewhat of a cliché but is supported by hard facts. In its most recent study, the Office of National Statistics reported that a higher number of women reported depression  in every single one of the 13 age groups of our society.

Statistics at mentalhealth.org.uk have further compounded the idea that men simply don’t talk about their problems, revealing that 29 percent of women are treated for mental health problems while only 19 percent of men are.

With suicide figures suggesting that the gulf in emotional wellbeing is conversely disparate to the facts about who is seeking help, it is time more work was put in to understanding why this is the case and how it can be improved.

One theory put forward by the Samaritans and supported by Professor O’Connor, is that today’s middle-aged men are part of a ‘buffer generation.’ They remember their fathers as war hardened, emotionally closed up men, while they look at the younger generation and see a more emotionally open group. And they sit somewhere in the middle, unsure about the way in which they should tackle their problems.

In the case of both Manderson and Jack, the problems their father’s faced were only discovered years after their respective deaths. The fact the suicide was illegal up until 1961 means there is still a negative stigma attached to the issue, which explains why even the children of men are hesitant to talk about it.

To counteract this, there needs to be a more open discussion about suicide in general, creating a public discourse that considers suicide on a par with cancer, heart disease and other major causes of death in the UK.

That way we an ensure that more men suffering from the ‘silent epidemic’ can be saved, and that the loved ones of the already deceased feel more comfortable facing the issue.