World AIDS Day: let's debunk the myths about HIV once and for all - The Canary 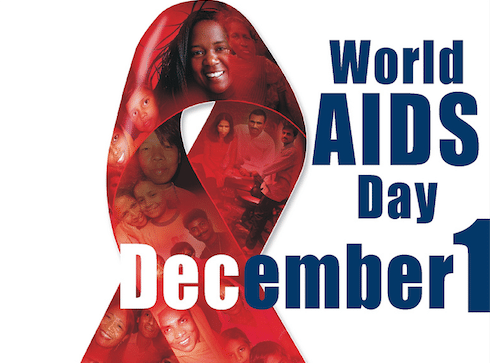 The message for this year’s World AIDS Day is simple: we need to educate others about what it means to live with HIV and AIDS today and combat the stigma that stops people accessing treatment.

Since the inaugural awareness day on December 1, 1988, major developments have arisen in our understanding and treatment of the condition; so much so that now the UN has set an ambitious goal – to end the epidemic by 2030.

On December 1st the National AIDS Trust (NAT) focussed on a much-needed theme – ‘Think Positive: Rethink HIV’ . This year the charity aims to challenge outdated stereotypes, combat myths and be positive about the life prospects of those with the virus. Therefore, it is high time that four ‘big myths’ about the condition were debunked:

‘All people living with HIV are infectious’

Current HIV research is focussed on manipulating genes and the production of a vaccine. The National Institute of Medical Research identified a gene from the rhesus monkey that could prevent HIV infection in the future. Only last year, gene editing was found to have the potential to tackle HIV in a groundbreaking clinical test. For now, antiretroviral medicines used to treat the condition have evolved dramatically and can substantially decrease the ‘viral load’ as well as increase the life expectancy of someone living with HIV. So this means, with the right treatment, an increasing number of people with undetectable levels of the virus in their body are non-infectious.

‘The disease is getting worse’

Figures from the World Health Organisation (WHO) show that progress is being made, with a reduction in the number of deaths (42% since 2004) and new infections (35% since 2000). 7.8 million deaths have been prevented during the last 15 years with around 16 million people worldwide receiving medical treatment. Despite these astounding figures, it is evident that more work is to be done as 21 million people are yet to receive antiretroviral medication. The progress made so far has to be continued if the aim of ‘getting to zero’ and ending AIDS by 2030 is to become reality.

‘All mothers with HIV pass it on to their children’

Approximately 46% of people are unaware that they are infected with HIV, according to the WHO. They stress that HIV transmission can be prevented, for example by ensuring more people are tested, especially those in high-risk groups, and by using ‘pre-exposure prophylaxis’ which is a combination of antiretroviral medications taken every day in order to prevent HIV transmission and ‘post-exposure prophylaxis’ if exposed to the virus (often used in sexual health clinics and hospitals after needle-stick injuries). Male circumcision reduces HIV transmission by 60% (with about 10 million African men undergoing the procedure since 2010) and vertical transmission from mother to child can be prevented in a multitude of ways.

‘HIV can be transmitted via kissing and mosquito bites’

Education is still a big issue as myths about HIV continue to circulate. Eradication of the virus is only possible if the facts are presented and reiterated. This is the aim of World AIDS Day – get the facts out and dispel the myths. One of the oldest myths is that HIV is transmitted via kissing. An ‘HIV kissing booth‘ has been set up in London’s Soho Square in response to NAT research which found that 16% of people wrongly think you can get HIV from kissing, up from 4% ten years ago.
While an HIV-positive result is no longer a death sentence, many people with the condition in the UK and beyond are tragically still victims of discrimination and violence. In Zimbabwe, teens are reportedly committing suicide following an HIV diagnosis, while the Australian Human Rights Commission has described the business of tackling HIV stigma as a ‘stubborn challenge‘. It’s our responsibility to share the truth about the condition; education is the first step in changing attitudes.