The truth about e-cigarettes, and why the tobacco industry wants to turn us against them - Canary 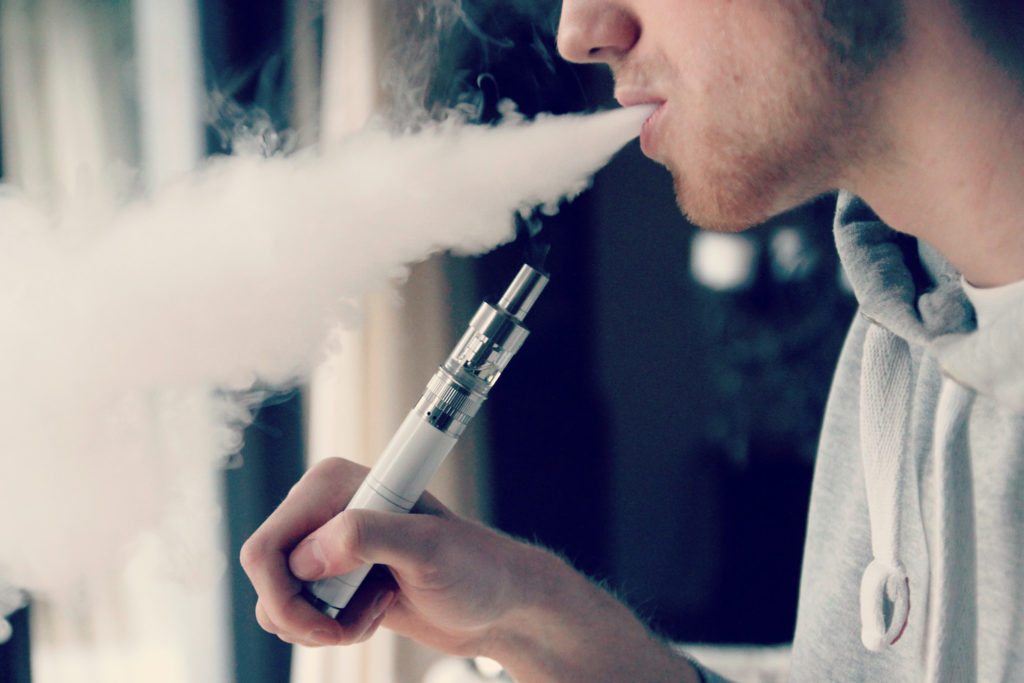 Since the introduction of e-cigarettes in 2004, their use has grown dramatically, with a number of people using them to stop smoking. A recent US study highlighted the presence of dangerous chemicals in e-cigarettes that are linked to serious lung diseases. However, with what is known about e-cigarettes already- that they are ‘safer’ than traditional cigarettes- these findings have to be interpreted cautiously and they show that the US may have a lot to learn from the UK in how to roll out this alternative to the dangerous tobacco industry.

The study discovered the presence of diacetyl, 2,3-pentanedione, and acetoin in e-cigarettes. Diacetyl is considered Generally Recognised as Safe (GRAS) as a food additive, giving various foods, (caramel, butterscotch, strawberry and pina colada) a buttery taste. The study highlighted the strong links between the inhalation of this chemical and bronchiolitis obliterans or ‘popcorn lung’ after a variety of lung diseases were discovered in microwave popcorn workers.

The researchers evaluated the content of 51 e-cigarettes, specifically focusing on flavours that would be appealing to children and adolescents, (examples include cherry crush, peach schnapps, iced berry and bad apple). Diacetyl was found in 39 of the flavours sampled, with 47 of the flavours containing at least one of diacetyl, 2,3-pentanedione, and acetoin.

E-cigarettes do contain nicotine (in addition to other chemicals) so they are not without their risks. Also, various e-cigarettes contain differing levels of nicotine and additives (including chemicals such as formaldehyde which may cause cancer). However, we do know that traditional cigarettes contain around 4,000 chemicals, with a significant amount of these chemicals possessing the ability to cause cancer. Furthermore, the level of vaporised nicotine inhaled (if delivered efficiently) has been considered to be lower relative to a traditional cigarette and there has been less risk of nicotine toxicity associated with e-cigarettes in the UK.

According to an independent review published by Public Health England (PHE) they are considered approximately ‘95% less harmful’ than conventional cigarettes. The review highlighted a number of crucial points. Firstly, e-cigarettes appear to be used primarily as a route to stopping smoking with the majority of e-cigarette users a combination of smokers or ex-smokers. In fact, in some areas of the country (Fresh Smoke Free North East) e-cigarettes are encouraged in order to help smokers quit smoking. Secondly, the researchers estimated that 44.8% of the general population do not realise e-cigarettes are less harmful than traditional cigarettes. The number of people who actually believe the opposite is increasing, with just 8.1% of people in 2013 to 22.1% this year. This can be seen as a major setback in helping smokers stop smoking.

E-cigarettes among children and young adults

The US study calls for more research into e-cigarettes, especially as it may be difficult to generalise their result due to the small sample size (there are approximately 7,000 flavours). They point out that there are only three papers in the literature and one article that focuses on the aforementioned chemicals. Furthermore, the strong association between diacetyl and ‘popcorn lung’ is in microwave popcorn workers (and therefore, related to occupational exposure) and not in e-cigarette users. Current research has shown that e-cigarettes are associated with mild adverse effects but this is based on short-term data, with little known about any long-term health risks. Despite research showing their use to help smokers stop smoking the extent of this is not fully known. Subsequently, Cancer Research UK have proposed a research agenda in order to understand more about e-cigarettes.

Currently, there is no regulation by the Food and Drug Administration (FDA). Despite the General Products Safety Directive (GPSD) along with the Rapid Alert System for dangerous non-food products (RAPEX)  – which provides some form of control- there is no ‘EU-wide regulatory framework‘ for e-cigarettes. From May next year e-cigarettes will be regulated by the EU Tobacco Products Directive or the medicines authorisation by the GPSD.