These Irish women refuse to be ashamed about their abortions - Canary 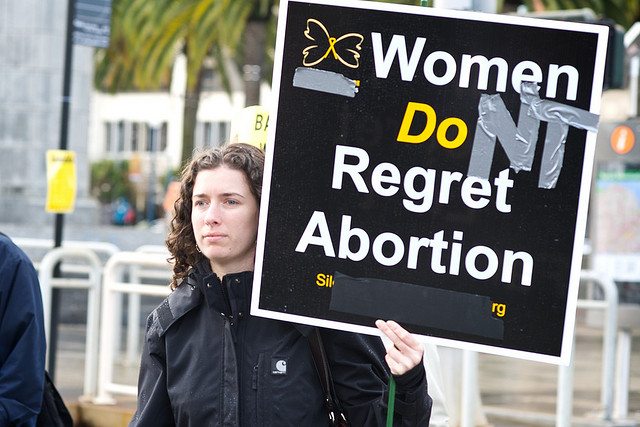 Five Irish women have launched a project aiming to lift the stigma associated with abortion in the Republic of Ireland, where more than 3,500 women leave the country every year to undergo the procedure. Abortion has been illegal on the emerald isle since 1861.

The X-ile project features pictures and details of women and transgender men that have had abortions in other countries, most of them in UK, including the five founders.

Demonstrate that those who choose to travel to have an abortion are responsible, ordinary women and are our neighbours, friends, colleagues, mothers, daughters and partners.

This ‘society-wide’ message is supported by statistics from the UK Department of Healthcare, which found that Irish women of all ages are using the UK’s abortion clinics. Most frequent, though, were women in their 20s, with numbers remaining high for those in their 30s, and then a reduction of about two-thirds for women of 40-years-old and higher.  There were 21 cases of women below the age of 16.

However, many less well off and younger women cannot afford the expensive trip to the UK, which can cost up to £1,500 just for the procedure, not including travel and accommodation.

These women are suffering horrendously because of Ireland’s restrictive abortion laws, from medical conditions, social condemnation and even death.

One risk they are taking is with illegal abortion pills. A freedom of information request to the Irish Medicines Board, from a pro-choice activist group, revealed that 1,216 abortion pills were seized in 2009 alone.

These seizures demonstrate that the issue of abortion has not gone away in Ireland. It is time to face up to the reality that Irish women will go to desperate lengths and take huge risks to end pregnancies they feel they cannot continue. It is time to stop turning our backs on these women.

In 2013, the Protection of Life During Pregnancy Act was passed, allowing abortions if the mother’s life was in danger. However, this only happened after a tragic story of Savita Halappanavar lit a media fire under the issue. The 31-year-old died from septic shock in 2012 because doctors weren’t allowed to abort her dying foetus. She passed away in a hospital where they had the means to save her life, but were unable to because the foetus still had a heart beat. In the end, both died.

The 2013 law change was a step forward for pro-choice campaigners but, because of its reactionary nature, shows the grindingly slow, reserved and circumstantially tragic process of abortion law reform in Ireland.

Under the same law, for example, abortions for any other reason apart from saving the mother’s life, including incest, rape and fatal abnormalities in the foetus, carry with them a maximum of 14 years in jail. This penalty stands for both patient and doctor. However, this wasn’t enough for some pro-life activists, who sent the Fine Gael Prime Minster death threats written in blood for changing the law at all.

No other abortion legislation will be brought in or changed before next year’s general election, where the Labour party, currently in a coalition, has pledged to campaign against these strict abortion laws. There is passionate argument for and against on both sides. On the whole, though, the Irish people have expressed their growing breakaway from the country’s traditional Catholic values. In fact, 67% of Irish people wanted abortion decriminalised in a 2015 Amnesty International poll.

This comes after the same people were recently allowed a referendum on gay marriage, something the Catholic Church opposes but ultimately the population voted in favour of. Ireland is undoubtedly a country in transition, where the populace has experienced democratic change on one controversial issue and is sure to want its say on others.

With projects like X-iles gathering momentum, as well as twitter campaigns, abortion pill buses and protests pointed at repealing abortion laws, it is only a matter of time before Ireland’s establishment-breaking voices take on another traditional perception right at the top of government.

The first steps have already been taken in Northern Ireland, where a high court judge has called the current abortion laws in both countries a breach of human rights.