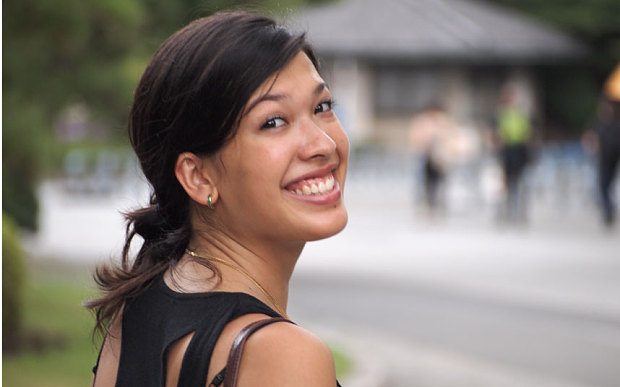 Leukaemia sufferer Lara Casalotti has a reason to celebrate. Against all odds, she has finally found a stem cell donor to match her rare mixed background.

Lara, a 24-year-old student who is half-Thai-Chinese and half-Italian, became a public figure after her family started the Match4Lara website. It was backed by the blood cancer charity Anthony Nolan, together with many celebrities, and sparked one of the biggest ever global campaigns of its kind.

She was diagnosed with acute myeloid leukaemia during a holiday just before Christmas. She was told the best hope of finding a cure for her condition was a stem cell transplant, but it turned out that her only brother was not a suitable match.

Lara and her family faced a daunting prospect – a “needle in a haystack” search for matching healthy stem cells in a world where only three per cent of those registered as potential stem cell donors are mixed race. Of them, a minute fraction have a similar ethnic background to her. The Match4Lara campaign was therefore used as an opportunity to start the wider conversation about encouraging mixed race donors to come forward and donate.

The appeal led to some initial successes – Anthony Nolan said it saw an “unprecedented” spike in new applicants to its stem cell register. What’s more, there was an almost seven-fold increase in black, Asian, ethnic minority or mixed-race (BAME) donors.

The work of Lara and her family has had an important ripple effect, creating greater awareness of the unique challenges that come with being a BAME leukemia sufferer, and uniting the internet in search of a solution for her and others. Her family spoke of the “pure relief” they felt at the news that a stem cell match had been found for their beloved daughter. Lara took to YouTube to remind people that the search is still on to find matches for more people:

These past months have been a whirlwind but I am so thankful a donor with a genetic match has now been found… Thanks to everyone’s immense support, I have always stayed hopeful that I would find one, but I realise how lucky I have been, given how difficult it was to find that donor.

I want to urge people to sign up to the donor registries so that everyone can have a chance of finding their match. Let’s find a Match4All.

As a mum, I feel pure relief as we knew that the odds were stacked against Lara. Whoever the donor is, they will never, ever know how grateful I am. The transplant is still a few weeks away and I wish I could wrap them in cotton wool to keep them safe…We know we have a long road ahead as a transplant is an extremely serious procedure, but knowing there is a good match for Lara is a weight off our shoulders that we desperately needed.

Ann O’Leary, Head of Register Development at Anthony Nolan said she was “over the moon” that the #Match4Lara campaign was successful:

We’re so grateful to Lara and all of her incredible supporters for spreading the word about the simple but vital act of donating stem cells. By diversifying the donor register, they have given hope to so many other people from ethnic minority and mixed race communities.

The life-changing impact of the Match4Lara campaign will be seen for years to come, as any one of the thousands of people they have signed up could save the life of someone like Lara in the future.

Support the Casalotti family  and Anthony Nolan in their search for a Match4All: register as a potential donor here or donate here.