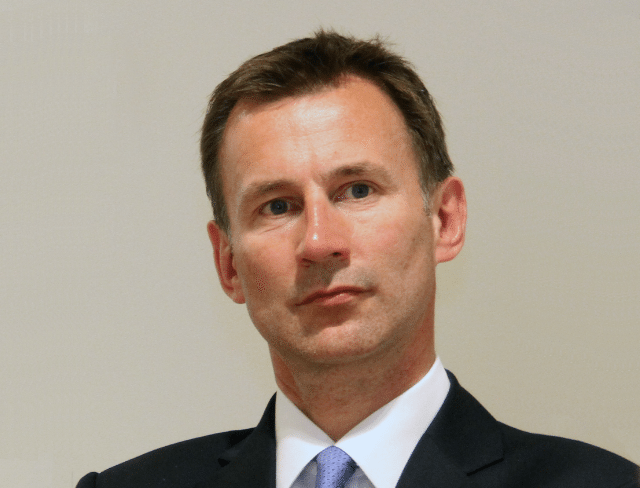 Jeremy Hunt was “squirming” in his seat on national television on Tuesday after an interviewer exposed his claim that 500 doctors had signed up to the much-hated junior doctors’ contract to be an outright lie.

On the same day that almost 80% of junior doctors began day one of the first ever all-out strike in the history of the NHS, Hunt was taken to task by channel 4 reporter Cathy Newman for circulating this untrue statement in letters to the BMA and to the media.

Newman started by asking Hunt: “500 doctors have already signed up to the new contract. Do you stand by that?”

He looked visibly uncomfortable, shifting around in his seat as he tried to make excuses:

Well… the fill rates that when the new jobs are advertised under the new contracts are showing signs that we are getting broadly similar fill rates (sic).

Now that’s not the same as 500 junior doctors signing up though, is it Mr. Hunt?

Sensing that she had him on the back foot, Newman went in for the kill:

But there are not 500 doctors that have signed up to the new contract as claimed by your department.

Well… that’s the information that we received from Health Education England who are responsible for these things.

Twitter was set alight be these revelations, with some commentators congratulating Newman on one of the few mainstream media outlets to directly challenge Hunt as outlets like The Telegraph and the Daily Mail side with the Tories, churning out articles in a bid to turn the tide against junior doctors.

@cathynewman @Jeremy_Hunt As usual he can't answer a straight question. Well done for pointing out his lies about 500 signing new contract!

The @Channel4News interview today with @Jeremy_Hunt clearly demonstrated his lies (500 drs). Is there a public replay of this somwhere pls?

What’s more, the offending text from the letter Hunt wrote to the Johann Malawana of the BMA on the 19th April in which he began asserting this ‘500 doctors’ figure got leaked onto Twitter for all to see:

This isn’t the first time that Jeremy has been caught out being liberal with the truth – later that day in an interview with BBC Newsnight he was also caught claiming that “many doctors don’t understand” the contract and that “The BMA were not prepared to sit around and discuss this in a reasonable way.”