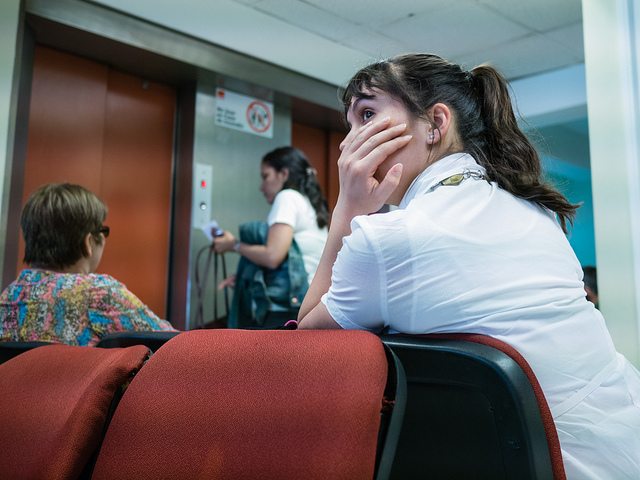 A new study has shown that extending GP appointments to 30 minutes was more cost effective than many prescription drugs. For patients with complex health needs, the extra time and support meant their health did not decline. This was compared to those in the study who got treatment as usual – ten minute appointments – and did get worse.

The research aimed to help those in the most deprived areas. Such patients are often more ill but actually receive less care than those in better-off areas – partly because GPs are busier.

It wasn’t just extending the GP appointment time that was included in the measures, called CARE Plus. GPs and nurses in the practices involved received training and support, plus the patients got more ‘self-management’ support.

Professor Graham Watt, a leader of the study from Glasgow University, said:

To everyone’s surprise and delight it proved to be cost effective. If this was a drug or a bit of equipment it would just sale in – there would be no argument about whether the NHS should be doing it.

The CARE Plus package cost £929 more per patient than the standard GP service, including staff training and locum cover. That’s a lot cheaper than a stay in hospital. It also reduced the need for prescription drugs. And it was well below the level set by NICE at which a treatment is considered cost-effective enough for implementation.

As well as being better for patients, more time at appointments should be better for doctors too. In deprived areas, GPs feel more stressed and are more likely to suffer burn out. They have less time for appointments and yet the issues their population are more complex. Providing 30 minute appointments helps GPs get to the bottom of complex health issues and work to find a way forwards. In doing so they are likely to feel more satisfied that they are able to help their patients most in need.

The link between poverty and ill health is a complex one. The Royal College of Nursing recently highlighted concerns over the lack of progress in levelling out health inequalities. Malnutrition, food poverty, inadequate and unsafe housing, drugs and social isolation are all issues that nurses regularly deal with.

Carol Evans, from the RCN, said:

Increased health inequalities are worrying for nurses who deal with the consequences of factors such as poor housing and poverty.


Our major worry is that efforts to tackle these issues and help people live healthier lives are in danger of going backwards because of aggressive public health funding cuts.

The researchers of the GP study now plan to extend it to more people throughout country. CARE Plus is unlikely to be the solution to health inequalities on its own, but it clearly demonstrates the value of investing in and supporting front line staff  – to improve quality of life for patients.