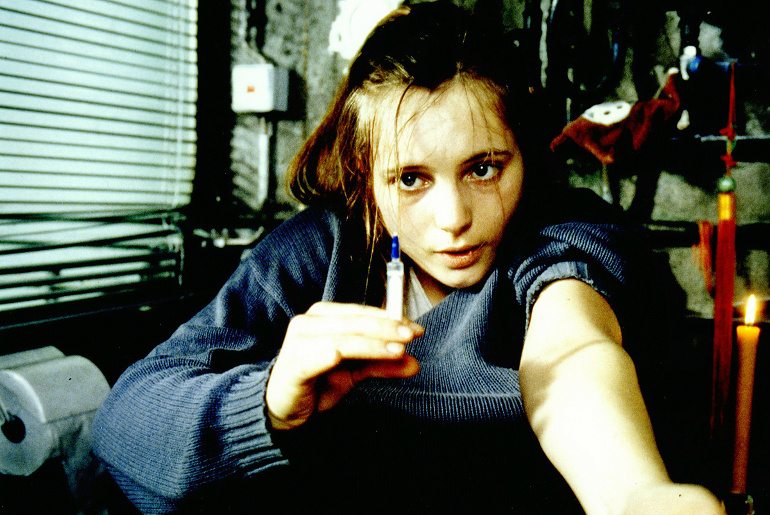 Glasgow may be one of the first cities in the UK to introduce safe rooms where drug addicts can inject in a hygienic environment under supervision. The evidence-based plan to reduce the harms of drug addiction follows progressive examples of drug addiction treatment in other European countries.

Glasgow City Alcohol and Drug Partnership (ADP) is behind the proposed plans, which are due to be considered by the police, city council, and health board. They are expected to agree to the idea in principle.

The Glasgow authorities are also likely to give the go-ahead for heroin-assisted treatment. Under that scheme, addicts would be able to inject, under supervision, medical-grade heroin.

There are around 100 legally sanctioned ‘safe rooms’, or supervised injection facilities (SIFs), spread over nine countries, including: Switzerland, Germany, the Netherlands, and Norway. The most recent country to join the SIF club is France, as reported in The Canary, which opened a facility in Paris.

Evidence gathered from existing SIFs shows that there are many positives, including increased uptake into addiction treatment and health benefits to users.

The ADP-inspired plan would help protect the health of users by reducing the risk of contracting viruses such as HIV, other injection-related complications, and death by overdose. The ADP has also been instrumental in promoting Naloxone injections to reverse the effects of a heroin overdose.

Naloxone kits, given to Scottish drug users, and their friends and family, were estimated to save 365 lives over two years by the Scottish Drugs Forum (SDF). There are calls for Naloxone kits to be issued in England, where the drug is still prescription only.

Opposition to the plan

Prof Neil McKeganey, of the Centre of Drug Misuse Research, is opposed to the plans for SIFs, saying:

For anyone who’s not an advocate of drugs de-criminalisation they are controversial and they will be seen as such… These facilities have a role to play but there is a real danger here we are moving steadily away from services to get addicts off drugs.

David Liddell, director of the SDF, disagrees with McKeganey’s view of the SIF plan. He insists:

I know it’s been highlighted as controversial, but when you see that these have been running in many countries in Europe for a long time – Holland for example now has 31 drug consumption rooms and Germany has 24.

Liddell also describes how some service users were long-term addicts, who struggle with abstinence, stressing:

The most immediate thing for these individuals is the need to keep them alive so they can recover in the future.

The Glasgow SIF is also expected to reduce the large number of hypodermic needles littering the city, from the estimated 500 users who inject on the streets. These pose public health risks and can also lead to public order problems. A vigilante group in Manchester has been using discarded needles as an excuse to use extreme violence against heroin addicts.

Dr Emilia Crighton, vice-chairwoman of the ADP, said that the proposals for SIFs in Glasgow were put together after looking at expert evidence from around the world. Crighton went on to say:

Most of Europe is providing addiction services.

There are safe consumption rooms – Switzerland has a model where there is heroin-assisted treatment and opiates-replacement treatment that satisfies the needs of the population.

So we really have to find a solution that brings the solutions elsewhere in the world to Glasgow.

Scotland is leading the way in evidence-based policy to reduce the harms of drug taking in the UK. It is distancing itself from the ideological rhetoric of the ‘war on drugs’ and moving towards treating drug addiction for what it really is – a health issue.

– Keep up with The Canary’s coverage of Health, Environment, Science and Technology by liking our dedicated Facebook pages for Health and Science.