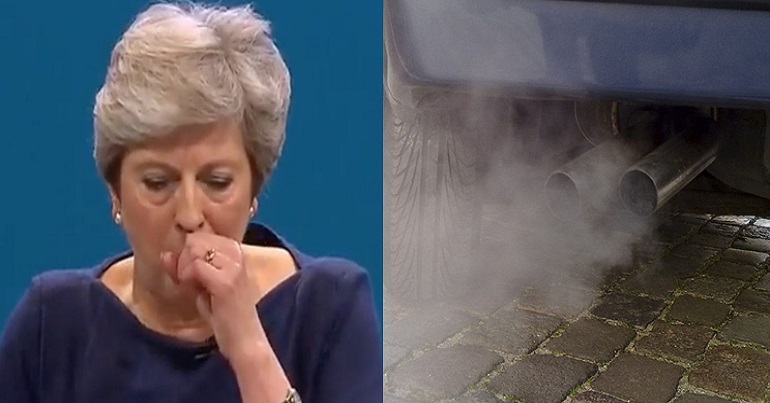 Green Party co-leader Jonathan Bartley has accused the government of ‘green-washing’ its reputation. Namely as a Freedom of Information (FOI) request has revealed that over half of ministers’ official cars are diesel-powered.

The magazine Car Dealer made the FOI to the government, which showed that 49 of the 84-strong ministerial fleet of vehicles were using diesel. Only six of the fleet were electric. As Car Dealer reported, the diesel cars:

The Prime Minister told parliament in January 2017 that the government car service is working to remove diesel vehicles from its fleet. These vehicles are being replaced as they become due for renewal with fit-for-purpose non-diesel alternatives that take into consideration operational requirements.

Not “walking the walk” on diesel

Bartley hit back at the news. He said:

As if we needed it, this is conclusive proof that the government will talk the talk but not walk the walk on tackling the country’s toxic air.

The revelation that more than half the journeys taken by MPs are in diesel vehicles is damning. The government is working hard to green-wash its reputation, not clean up our dirty air.

Diesel cars have repeatedly hit the headlines. As BBC News reported, sales of diesel cars in the UK fell by 17% in 2017 when compared to 2016. The industry blamed “anti-diesel rhetoric from the government, local authorities and clean air campaigners” for the decline. But campaigners claim that diesel cars are a major cause of air pollution, which leads to 40,000 early deaths every year in the UK.

The government has pledged to ban all new sales of petrol and diesel cars by 2040. But Bartley concluded that:

If the Environment Secretary is serious about tackling this public health emergency, he would get polluting vehicles off the streets of our towns and cities and introduce a targeted diesel scrappage scheme.

A good first step would be ditching the government’s own dirty diesel fleet.