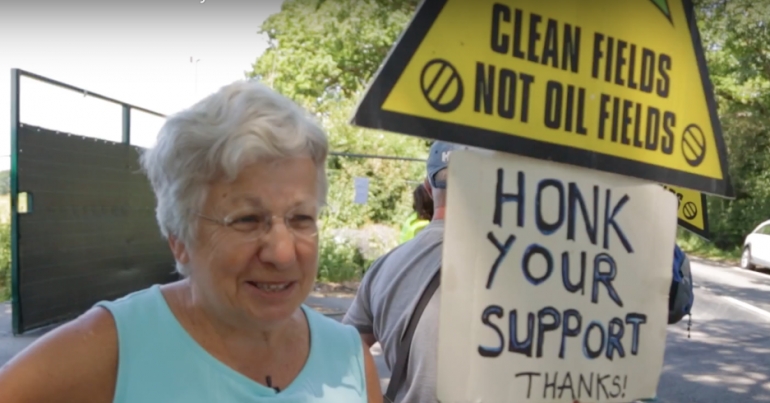 UK Oil and Gas (UKOG) is currently drilling at sites in Sussex and Surrey. Local residents have been protesting the activity, and the drilling company wants to take these protesters to court. If they’re successful, it could end up restricting campaigning in the South East. People out walking in the countryside have seen the company’s notices: 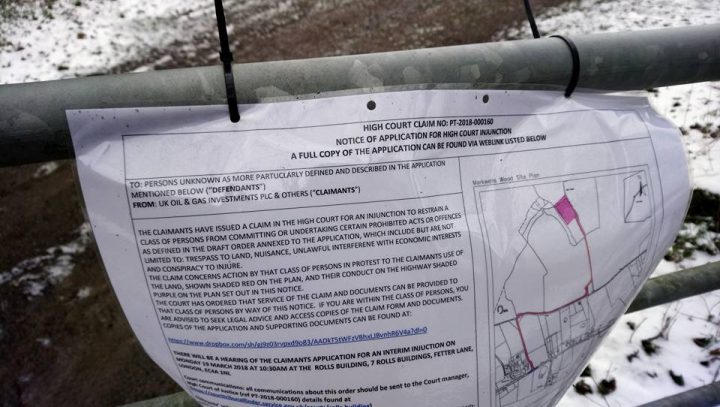 ‘A chilling effect on lawful protest’

The injunction that UKOG is seeking from the High Court would prevent lawful protest in which the main intention was to damage the company’s “economic interests”. The company said:

We do not want to prevent anyone exercising their rights to freedom of assembly, freedom of expression and the right to peaceful protest.

This injunction is aimed at a small minority of activists who seek to deny our fundamental democratic and legal right to go about our lawful business. Recent actions by activists that have forced us to seek this injunction include forcible entry and illegal occupation of our Horse Hill site, criminal and environmental damage, threatening behaviour and assault of our site staff and contractors.

Protesters fear the injunction could extend far beyond this and apply to leafleting, organising protests, and sharing information online. Weald Action Group, which is made up of campaigners in southern England, said:

This injunction would have a chilling effect on lawful protest and campaigning right across the South East.

As The Canary previously reported, oil giant INEOS was granted a similar injunction.

Widespread support for the campaigners

The Green Party, Greenpeace, the Labour Party, and Friends of the Earth all support the campaigners’ challenge to UKOG’s injunction. Actor Sue Jameson, who resides near to the Broadford Bridge site, said:

Our way of life is being threatened by this company – not only do they plan to industrialise the countryside and risk polluting our water but also they want to take away our right to speak out about it. I believe the judge will see sense and throw this out.

I am appalled that residents of South East England, are being threatened with intimidation and censorship for speaking out against the potentially irreversible damage to their way of life, to their water sources, to the air, and their environment by unconventional drilling operations.

Residents fear test drilling will lead to fracking. The Canary previously reported that the government has refused to publish information from 2016 about the fracking industry.

The South Downs National Park Authority has told UKOG to leave its Markwells Wood site. But with the High Court case now delayed, the battle is far from over.