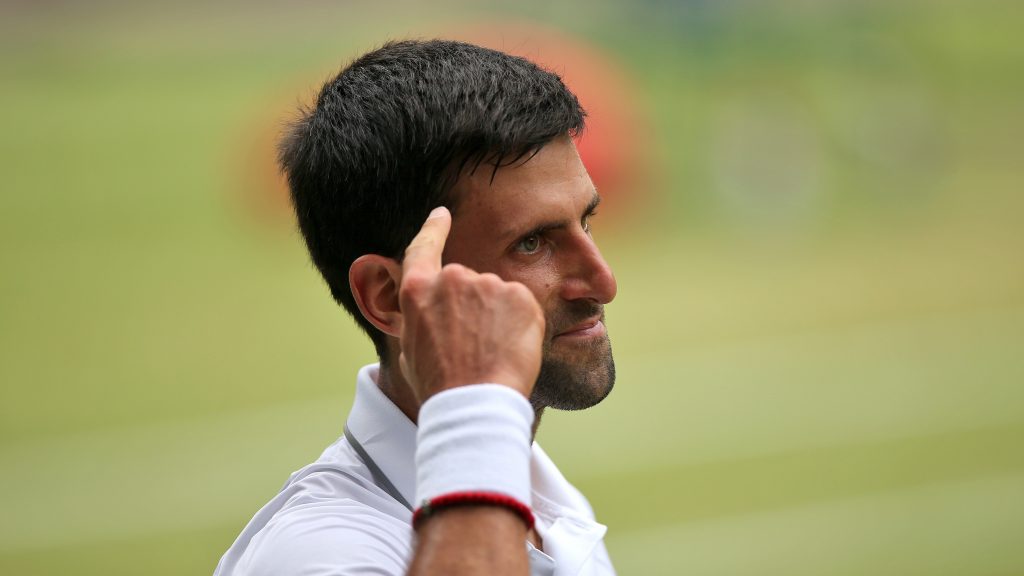 The world number one says:

I do eat plant-based. I think that’s one of the reasons why I recover well. I don’t have allergies that I used to have any more.

Over the course of the championships, activists have repeatedly chalked the words “Novak Djokovic is vegan” on the pavement around Wimbledon station.

But the 32-year-old insists:

I don’t like the labels, to be honest. I do eat plant-based (food), for quite a few years already.

But because of the misinterpretations of labels and misuse of labels, I just don’t like that kind of name.

Djokovic booked himself a place in the Wimbledon final on Sunday after defeating Roberto Bautista Agut.

The four-time Wimbledon winner was an executive producer on the next instalment of the documentary Game Changers.

Produced by Avatar creator James Cameron, it looks at elite athletes who pin their success on their meat-free and dairy-free eating habits.

It is about how this diet affects the world, not just personal health, but also sustainability, ecology, animals.

This is what I care about so I’m really privileged to be part of that team.